Give me one good reason why this helpful post I made was deleted?

Compiling MAME from scratch can take near on an hour. I suggest 2 lines to change it, and achieve the same in 5 seconds, thus making testing a LOT easier, and it gets deleted. That’s how paranoid the mods over there are over MAME and MESS being associated with each other, and the reality that they’re exactly the same thing. 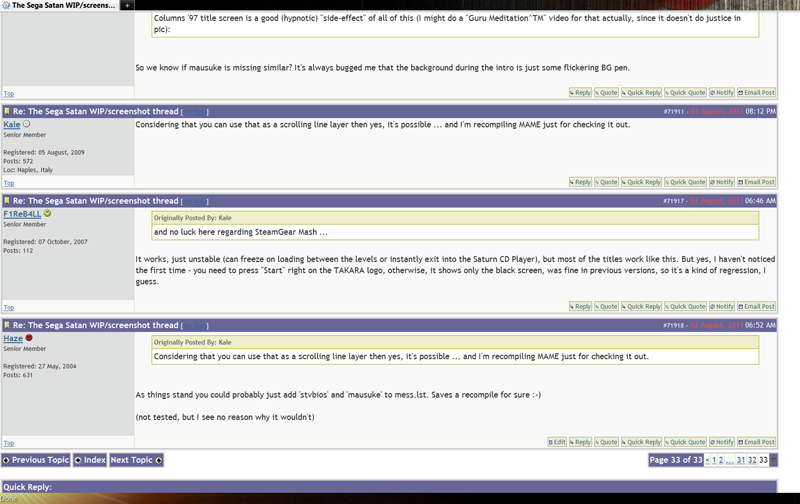 Really, I’m 100% serious, that was deleted. It’s indefensible. I think China has more freedom than this, yet they claim it’s not political? That was an entirely legitimate way of helping. Next step they’ll probably make that impossible just to spite everybody. I’m trying my best to help MAME, even metaphorically sell it to new potential developers and users (a big part of the FME push below is for that purpose), but this kind of crap WILL drive legitimate contributors away.

This is also why forking would be impossible, it would be censored in the same ways, then declared a failure.