Unigame has come up with some interesting prototypes, arguably the most famous so far being Bubble Bobble 2.

The prototype that was dumped today possibly rivals that.

It’s been known for a long time that there was an early version of Master of Weapon called ‘Yukiwo’, named after the programmer. In reality it was one of those things that was probably never going to actually show up, and if it did it would probably go for such an absurd price most people would never get to see it.

Well, it turned up at Unigame, it’s been dumped.. and it’s now supported in MAME.

In terms of differences, there are many, it’s almost a different game in places. The most obvious difference you notice from the start is the story telling. While it lacks some of the attract mode story screens you get almost enough text to fill a novel with between levels. Let’s first look at Master of Weapon. 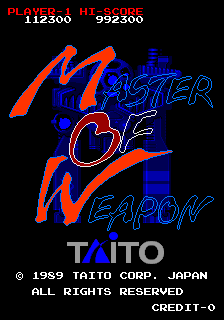 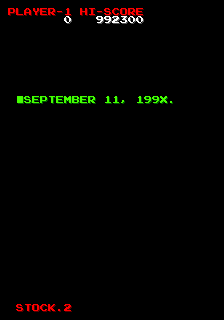 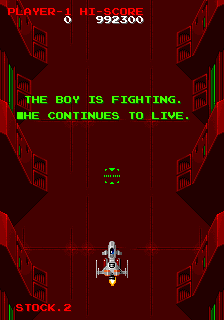 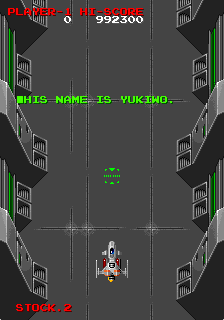 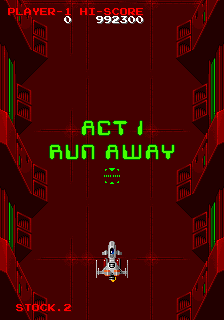 Brief.. (and the same in both the Japanese and English versions, so it’s not like the Japanese one tells a longer story either) 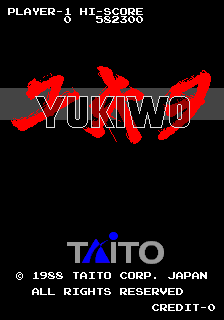 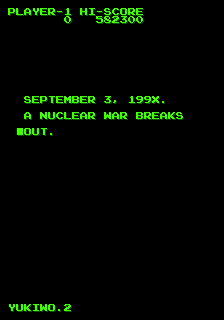 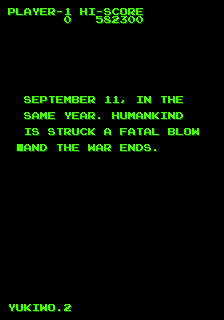 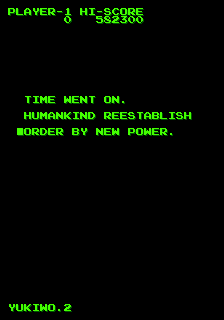 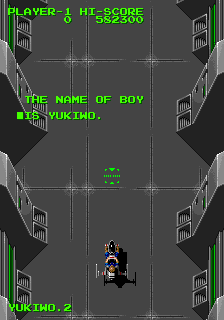 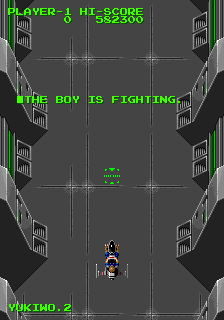 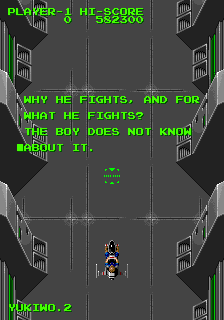 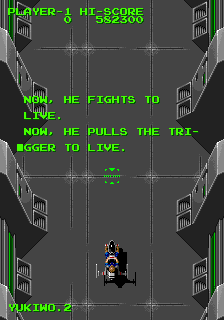 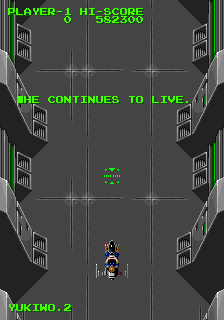 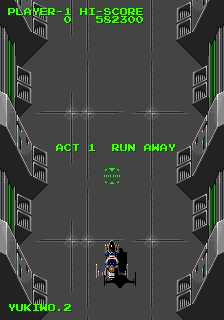 Much more text… and this continues throughout the game, there is a part where the game is scrolling for about a minute without anything happening apart from it telling you that an enemy is approaching and getting closer! This is unusual because prototypes usually have LESS text and LESS story, clearly the story for this one was written before the game and cut later because it was just too wordy.

Level design is different too, the first stage with the annoying siren is much longer, although it lacks the palette effects in the final game. Bosses are less developed too with less attack patterns and more recycled bosses which seem to take forever to kill.

It’s practically a different game, much like Bubble Bobble 2 was.

Let’s look at the first level.. In Master of Weapon it consists of the tunnel scene then jumps to an outdoor area with a boss battle and quickly tells you that you’re on Act 2. 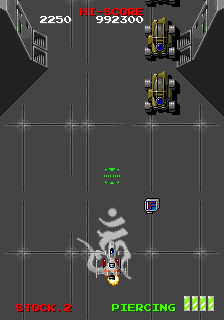 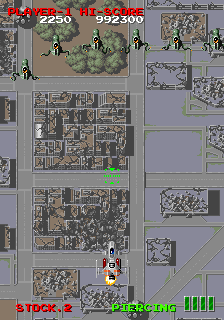 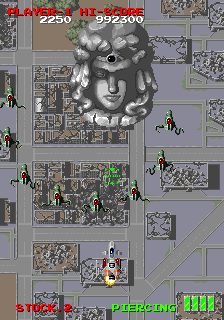 For Yukiwo on the other hand the first level goes on and on with multiple sections that have been simply cut (or moved) in the final game.. (the Alarm music plays until you reach the desert part, which is actually a long time and very annoying!) Again you can see the extra story as you get to the 2nd part as well. 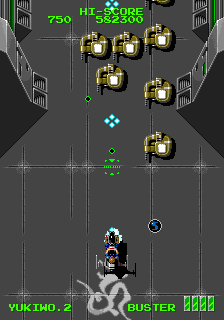 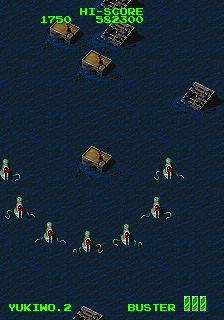 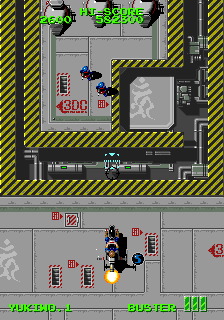 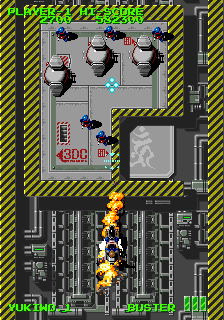 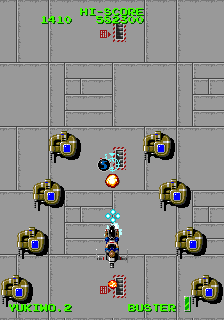 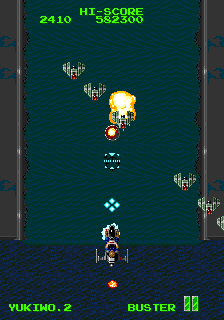 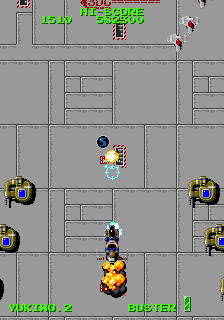 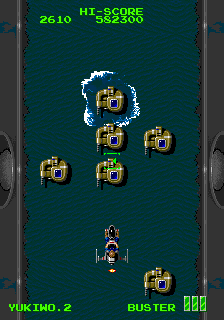 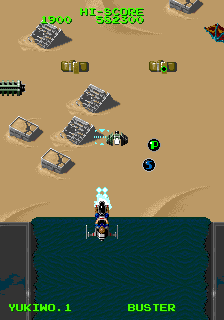 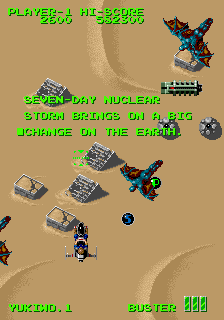 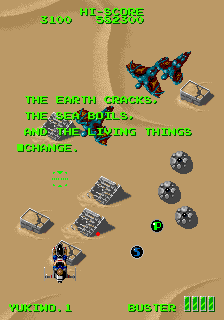 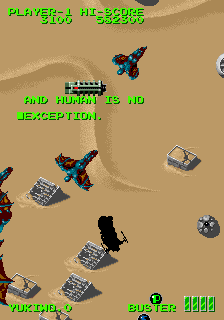 Master of Weapon might not have been popular in the same was as the Bubble Bobble series was, but this prototype is every bit as interesting!

Aside from this a Fantasy Zone prototype was also uncovered at Unigame, but the board had 2-3 bad roms and 2 missing graphic roms. As a result it has missing / corrupt graphics in MAME. If there’s no duplicate board of it I might attempt to reconstruct the graphics using the other sets (it looks like some things should just be shifted down in ROM a little so the addresses line up) In terms of development that proto seems mostly complete but lacks the story (both at the start and end) and also lacks a test mode, it also only has 2 music tracks, level and boss.

I wonder if there are any protos that have tits in them that get cut in the final version.

Parasol Stars only exists as a Tourvision cartridge, and in Jammaized PCE units both of which are identical to the PCE version, but with a bios acting as a timer. It’s not an ‘official’ system afaik, just something made in Spain, like a really low grade PC10 / Megatech.

There’s more or less direct confirmation from Taito that it was never developed as an arcade I believe.

(I’m told) The Tourvision cart has been sold before.. and is likely the one people who say they played it in the arcade remember.

The game does have already work on a credits system as if it was an arcade game (sans the having to insert coins) if some korean bootleggers had wanted to make a real bootleg out of it (like was done for various snes / MD games) but I’m not sure that ever happened.

I simply don’t think it exists in an official capacity, even if the dev team probably wanted it to (hence designing it with the arcade-like credis system)

I’ve been to arcades where EVERY machine is a home system with the original controllers nailed to a piece of wood and a timer attached, as a result people tend to remember a lot of arcade games that weren’t in the arcades. You see such things sold on eBay all the time too.

I just played Bombjack Twin (prototype? with adult pictures) for a good bit, and it seems all you get are pics of girls in bikinis. I don’t think there are any tits to be had.

Could be.. there seem to be nudes in the Rom data, but maybe they’re not used.

Excuse me Haze, how do you think of this?:http://insertmorecoins.wordpress.com/#.SILENT HILL ARCADE WORK! But only audio problem during not playble scenes.

I think people should stop hacking up the PC based titles the way they do and start trying to make them run from original unmodified images.

What’s happening is no good for anybody and will be the biggest trainwreck we’ve ever had to even attempt to clean up in a few years because the original images aren’t being preserved.

This is an amazing find.. I always knew it existed thanks to magazine scans, but for it to finally be resurfaced… I find it interesting there’s a DIP Switch in the final game that restores the hoverbike as it was in this prototype…

great job as always, been a fan for years David.
Thank you, thank you for everything you have done in mame.
I don’t mean to be disrespectful, I know your hard at work fixing up this and many other games to work great on mame, but is it possible to work on a classic 1988 game from Tatsumi called Apache 3, kind of like Sega’s Thunderblade, I would love to see that game working without the bugs, only if you have time, please I miss that game.

Thank you again for everything and your time.

great job as always, been a fan for years David.
Thank you, thank you for everything you have done in mame.
I don’t mean to be disrespectful, I know your hard at work fixing up this and many other games to work great on mame, but is it possible to work on a classic 1988 game from Tatsumi called Apache 3, kind of like Sega’s Thunderblade, I would love to see that game working without the bugs, only if you have time, please I miss that game.

Thank you again for everything and your time.