Music to my ears

Back in May of last year Marcos75 dumped his rare Music Ball PCB. Music Ball is an alternate version / semi-sequel to the well known ‘Speed Ball’ pinball title.

What is strange about Music Ball is that despite being advertised on the flyers alongside Speed Ball the images used on mocked up cabinet shots were both from Speed Ball.

As far as emulation was concerned the big issue was that unlike Speed Ball, the Music Ball PCB had an encrypted CPU module and the Z80 code was encrypted.

The good news is that Andreas Naive has now managed to decrypt the ROM making the game playable. 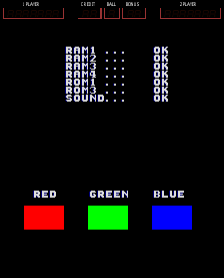 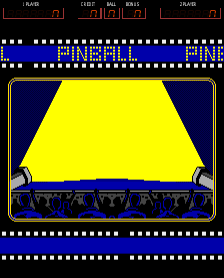 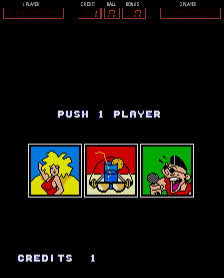 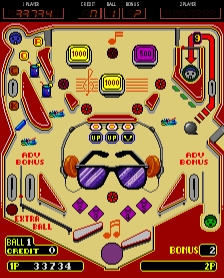 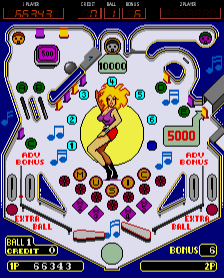 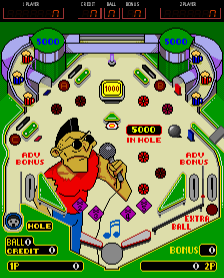 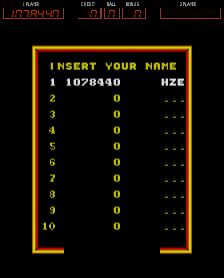 One of the weird things about this game is that despite coming from what seems to be an original PCB, with encrypted Romset the title screen display and copyrights have all been removed, the graphics are still present in the graphic roms, but are unused by the game.

I do wonder if this copy was actually bootlegged from a prototype version, and encrypted by the bootleggers, or whatever licensing agreement existed between DE Systems and Tecfri fell apart and this is all that was left, I suspect we’ll never know tho. Either way, a huge thanks goes to both Marcos75 and Andreas Naive for the emulation of this one! Aside from the encryption it runs on the same hardware as Speed Ball, and while I did make some clean-ups and improvements in the driver last year when it was first dumped (as did hap, adding the external LCD score displays) I can’t really take credit for the emulation here!

Yes! A nother Pinball Action version. I love it. Thanks Haze.

The legs of the guy holding the microphone are covering a portion of the left flipper. Is it a bug in the game or a bug in the video emulation?

Also, I notice that the 7seg displays are clipped in the bottom. We can’t see the bottom segment of each digit. This seems to be a trivial bug in the layout of this driver.

The ball priority is weird there too, I have a feeling it will be an original game glitch tho, everything else about the priorities in the driver is verified afaik.

re: 7-segs, taking screenshots of any game in MAME that has internal artwork produces very poor qualtiy screenshots, always has, since the whole layout / artwork system is a bit shitty I hope the problem goes away once it’s eventually replaced with something better ;-)

After i search for Crystal Legacy Neo-Geo on Google i found this….
It was on a year of 2000.
I don´t know if this was true, but some chinese user have that neo-geo proto games since 2000, and tell to us a promisse to release each rom every week.
At today nothing as been released.

Here is the page: http://www.oocities.org/sunsetstrip/amphitheatre/4023/NeoGeo/OldNews.html

He’s an Animal Bear not a catfish. :)

Moo can you please stop being a fanboy?
A fanboy like you don´t need to waste the time being a such dumbass on the internet. Grow up a little bit please…

I’m also from Portugal, and over here we only write in english. Please respect Haze’s blog language, this is not a portuguese chat site or whatever.

I respect haze, the other people are this fault wasting their time answer me like this.

And that is Music to my ears.