The other V33 based Seibu title using the 333 MCU is a Raiden DX / Raiden II New board.

This board is curious, it contains the code for both the games mentioned above and decides which one to run based on a string at the start of the EEPROM (first it checks for ‘RAIDEN’ and refuses to boot if that isn’t present, it then checks for II / DX)

The thing most people point about first about this board is the terrible bootleg quality sound, and it’s true, the sound is awful, I’d say it’s worse than most bootlegs!

Anyway, starting with Raiden DX, it appears the game is mostly untouched, and the ‘New’ version is rarely mentioned, maybe because it doesn’t carry the ‘New’ moniker at all, it can however be identified from the gold tinted screen fades, and logo. The game seems intact, from what I can see level order is normal, because it uses EEPROM you have a settings menu instead of the dipswitch, but there’s no real reason to want it over a regular Raiden DX due to the sound quality. 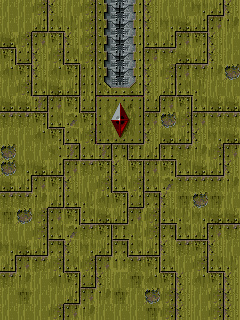 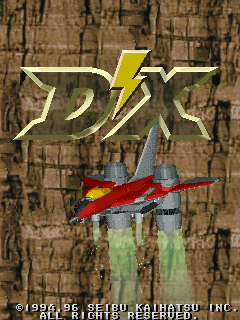 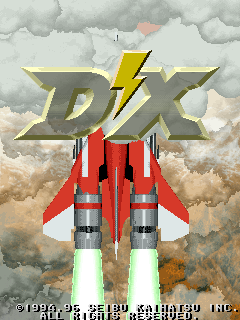 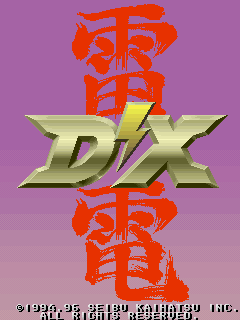 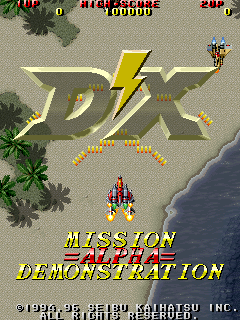 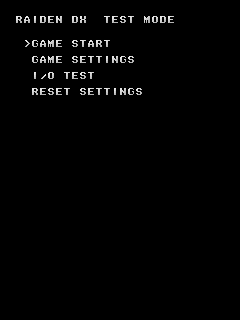 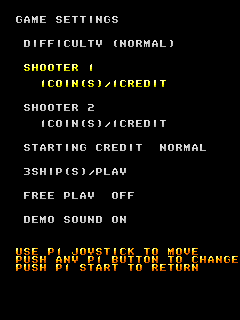 Raiden 2 New is the better known title, but as a game it’s been butchered beyond belief. For a start the iconic intro sequence is gone, the game just loops 2 attract demo levels and the high score table. The ‘launch’ sequence at the start of the game is also absent because the game uses level 5 as the first level(!) with level 1 appearing where level 5 would have done, this disrupts the flow of the game. The mid-game launch sequence seems missing too (because it would happen after level 5, which is now level 1, and I believe the ending ‘mission complete’ sequence is also stripped, looping straight back to level 1. (Still need to verify that last one)

As mentioned, the sound it also awful, you do have built in autofire on button 3 like Raiden DX has by default, but it isn’t much consolation. 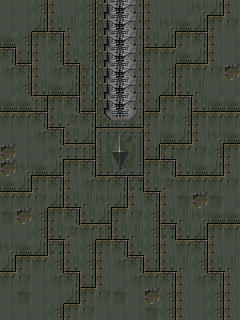 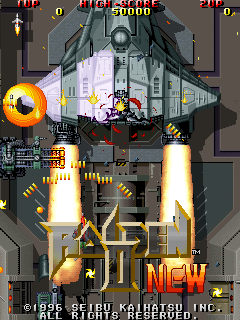 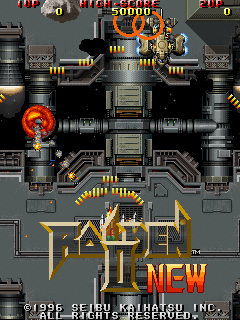 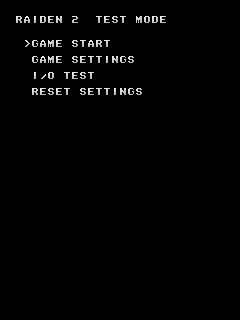 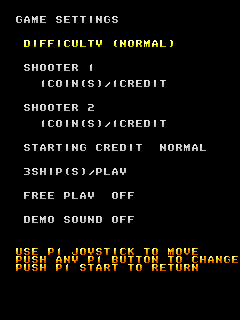 Quite why Seibu saw it fit to butcher Raiden II in this way, but leave a relatively complete Raiden DX on the very same board I don’t know, it wasn’t a space constraint, the Raiden II part of the ROM actually has just as much space available as a regular Raiden II, so I can only guess it was some attempt to ‘streamline’ the game (never a good term in gaming circles!)

What makes this even stranger is there is no obvious way to swap between the games, despite the board having all the data for both. There does seem to be code in there designed to do such, but it looks like it’s been disabled on purpose by depending on an ‘impossible’ condition to change. Reprogramming the settings EEPROM works, but isn’t really practical.

The other interesting thing from a hardware point of view is that while these use the reduced protection of the 333 COP they still feature the ‘Sprite Protection’ Olivier figured out for the regular Raiden II game, this indicates to me that said protection is probably part of the video hardware, and not the COP.

good works you are the best !!! now is ok for zero team .genial

Yeah, the sound is very “bootleg”, here has a Raiden II New and the sound is terrible
Other “Raiden” defeated

Really was a great work!

To change game you need to activate all 4 directions of the joystick at once, press button 1 or 2 then reset. Obviously you can’t do it with a joystick, so that players won’t change the game without asking the owner, but it’s not hard to have a button for it.

Sorry for disturbing.
If i start Night Raid (V2.03J) in Mame 0.154 its saying ZSG2 write Mask 00FF, contact MameDEV. Game is playable though.

So if this is in any way important for someone please forward it. Thank you.

No such messages here. nightrai loads up and plays just fine.

Yeah, I assume he has old taitogn nvram files from before the music was added

Ok, thanks, basically what I thought then, an impossible combination on a cabinet, my guess is it was designed to be changed at the factory only..

Tormod is going to test it on his PCB, but even that is tricky ;-)

yeah, shame there are a bunch of gnet games where you have to overclock the main cpu for them to boot at the moment

is there any progress with the namco system 10 and gamshara particulary?

Even binding all the directions to a button in MAME doesn’t work, not sure if MAME or board but there’s some protections going on to not allow for UP/DOWN and LEFT/RIGHT to be pressed at once. Curious to see if tormod can pull it off with a bit of MacGyver wiring on the PCB though. :D

that’s correct, MAME emulates a joystick, and you can’t do that with a joystick, some games depend on it not happening

You were right. After removing nvram the message is gone. =)

It’s doable in MAME. Change P1 up/down/left/right to something like:
up OR z
down OR z
left OR z
right OR z

Then, start the game with:
mame64 -joystick_contradictory

It’s not like it’s possible only in a factory :P
That is, assuming it’s documented in the manual and not a Seibu secret. Does anyone have the manual for this game?

thx for the tip.

Ah, didn’t know joystick_contradictory existed. Thanks hap, tried it for myself and it works completely.

Very interesting board function to have. If the music wasn’t shoddy OKIs it’d almost be the definitive version to play.

I don’t think it’s documented in any manual, the only reports of it happening are when people have done it accidentally and then wondered how to turn their Raiden 2 unNew back into a Raiden DX ;-) I guess if you wire up your Jamma incorrectly then you could accidentally trigger it.

At least now it’s documented, although I’m going to do a little update about it later.

It doesn’t need fake buttons adding in MAME, and I think the current way we handle things (as 2 different sets) is OK, because the change mechanism is not logical.

and yes, I forgot we had -joystick_contradictory ;-)

btw can anybody translate the text at the bottom?
http://mamedev.emulab.it/haze/pics2014/nzeroteam.png

is it a license string?

Probably the name of a Hong Kong based licensee.

Sound how a Bootleg name license in a original game, is awful, for the sound, the “brand new” game and the gameplay changes (stages swaps)

The next is Leggionaire and the “cop1”?, (check wips, and… a new rewrite?)

And will be for legionna.c?

I got the Raiden II/DX v33 combo on the UME emulator. But it won’t let me play saying that it’s missing one or more roms, or chds. How do I make it work? I got the UME version 0.154.

I can’t provide those files for legal reasons, nor tell you exactly where to find them (this is a development blog, not some kind of retro ROMs site) however you’ll probably find people offering them as ‘Mame 0.155 Sooner’ roms. Google is your friend.