It’s about time for an update here anyway, I’ve been delaying it for a while, but one piece of recent news has come to my attention that is worth a more immediate piece of coverage.

The last two years could easily be dubbed as ‘year of the prototype’ with a number of very rare and interesting discoveries being made.

Unlikely locations seem to be the key to finding a number of these, and it was announced yesterday on the neo-geo.com forums (registration required) that a group of members there had aquired a rare Sega prototype on System 18 hardware. Where was this located? Portugal of all places.

The members in question, and whom I offer my greatest thanks to are
Atro (aka Rui Baptista)
_rm_ (aka Ricardo Marques)
and
1up (aka Daniel “casebres”) who purchased the board in question

The board was found in a collection of other dead PCBs that had simply being left to rot in a warehouse / were intended for use as parts. After negotiating with the owner of the boards a number of them were purchased by ‘1up’. One of the boards in that purchase was a Sega System 18 board. The motherboard was dead and in a very poor rusted condition – completely non-functional, but by transferring the unknown ROM board to a working System 18 motherboard (owned by _rm_) a great surprise was unveiled. They recoded some videos of their findings here and here. A thread was also posted about it on the shmups forum, which is where it caught my eye.

Anyway, the ROM board was from the Sega / Santos prototype ‘Hammer Away’. A vertical shooter or ‘shmup’ that was set to be released around 1991 but ended up being cancelled for unknown reasons.

Things moved quickly from there, the ROMs were dumped and sent to ‘system11’ who forwarded them to the development team for us to look at. Interestingly it turned out the game used twice as many tile as any other System 18 game (requiring custom handling) and additionally required the YM chip to generate an interrupt to drive the sound – something that had been hooked up in some Sega drivers but not the System 18 one. With these issues fixed it booted. 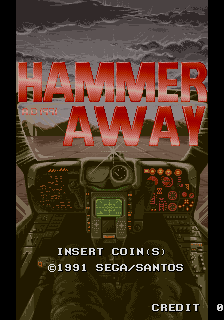 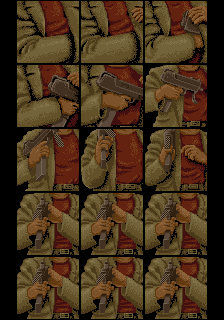 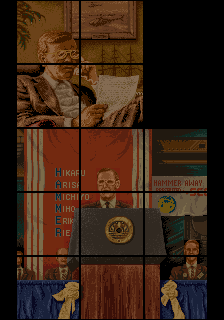 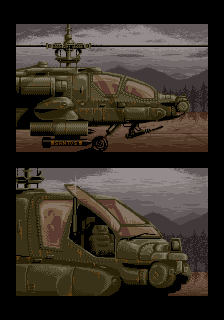 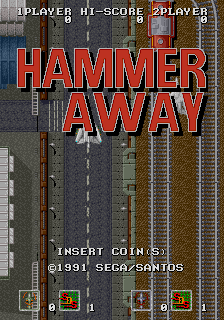 Interestingly the only previous record of this game was of it being exhibited at the AM show in ’91. Unmamed has had some screenshots of this for a while, although interestingly they’re from a different revision to the one found. At no point does the dumped game show the additional text on the title screen under the logo, nor does the title screen ever have a black background. This data seems to be in the tile roms, but is unused, maybe the version found is a later build with it removed. 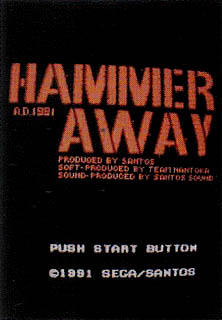 The Santos connection is another potentially interesting one, it is possible, but not confirmed that this is the same Santos who developed the Playstation titles ‘AirGrave’ and ‘Stahlfeder’. It is also unknown if the ‘Santos’ has any connection with the country in which this board was found – it is a common name in Portugal, but that could just be coincidence. (According to hap it is most likely ‘MegaSoft’ who also went by ‘Santos’ and ‘Whiteboard’, see http://segaretro.org/Megasoft )

The ROM Test in service mode fails in MAME, but I think that’s just due to the game being a prototype, we see it for a lot of them. (edit: confirmed, the 4 program roms it checks fail the check on real hardware too, so not a MAME bug or a dump problem)

As for the game, it uses a ground / air based attack system (something that the likes of Xevious had made popular) and is played over 5 stages. I’ve only played through one loop, so I’m not sure if it loops forever or gives a credit sequence later. There are no real bosses to speak of, and it feels older in terms of game mechanics than the 1991 date would suggest, possibly why it ended up not being released – by that point the likes of Raiden had really changed what people expected from the genre. These days it’s a lot easier to judge things as a game, rather than looking at release years tho. Below are some more screenshots taken during gameplay. 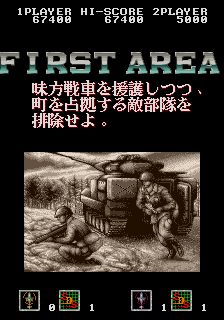 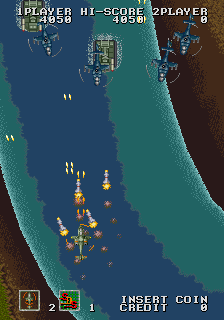 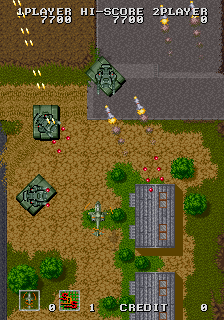 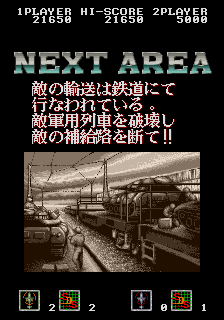 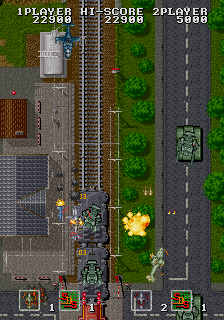 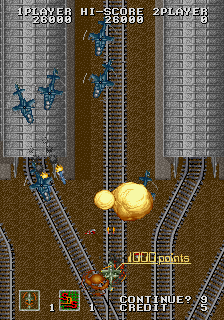 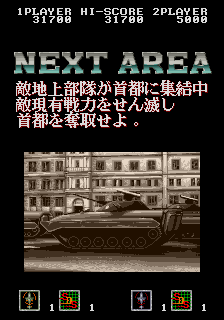 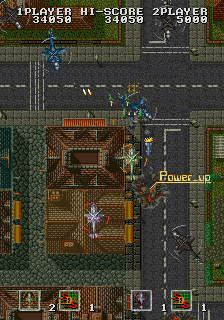 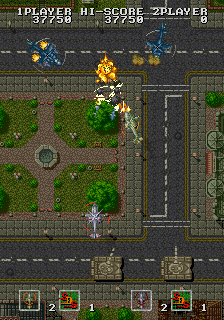 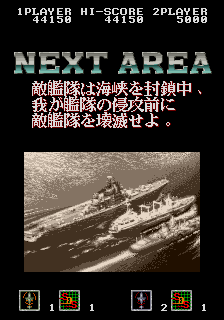 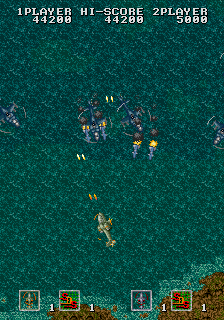 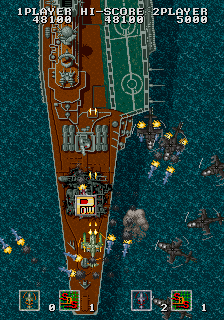 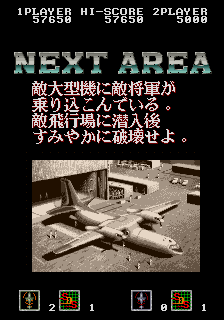 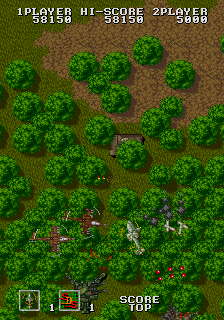 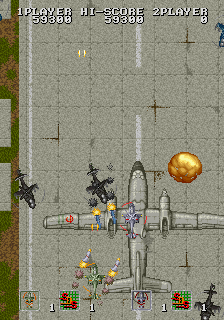 System 18 games are always interesting to study from an emulation point of view due to their use of the Genesis VDP – in some cases it was used almost like a protection device (and when bootleggers did bootleg System 18 games they usually stripped out / replaced any graphics it generated) Here it is used for a number of things, including the text layer, and some sprite effects.

Again I’d like to thank Atro, _rm_, and 1up for making this possible, if you don’t look and take chances on unknown things then you don’t find treasures like this, and their generosity means it will now always be a remembered game, rather than a forgotten one, it has literally been brought back from the dead.

This post I’ve made here just summarizes events, I suggest you register and read the original pages too.

(Note, if you get requests in your browser to install some driver / plug-in when browsing my site DO NOT DO IT. Apparently something has infected the host here, but it’s very selective about who it targets and a pain to track down. I’ve elevated the concern, but I can’t tell you if / when it’s fixed for sure because I’ve never seen it first hand. This I believe applies to ALL emulab.it sites because people have been reporting similar with Kale’s blog. Keep your adblockers in use, and browsers / Flash plugins etc. up to date)