“neohyphengeo productions” picked up a rather rare clone a few months back and has kindly had it dumped. This, luckily for us means it’s not going to end up becoming one of those clones that seems more like a myth than a reality.

The clone in question is a rare version of “DoDonPachi Dai-Ou-Jou” that simply goes by the title “DoDonPachi III” and was meant for non-Japanese markets.

Revision-wise it sits somewhere between the original release of DoDonPachi Dai-Ou-Jou and the Black Label version, and apparently incorporates some of the gameplay mechanics from the latter. I’m not however versed on the actual details.

Some strings, such as the character select page have elements translated to English, the ending appears to have been as well, although a lot of text remains in Japanese.

This will be supported in MAME 0.189, thanks again to “neohyphengeo productions”
I believe more details will be released over at the neo-geo.com forums fairly soon. 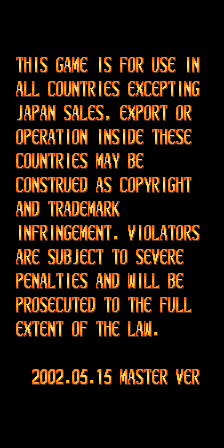 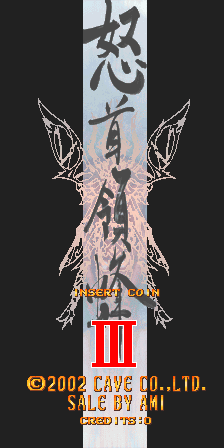 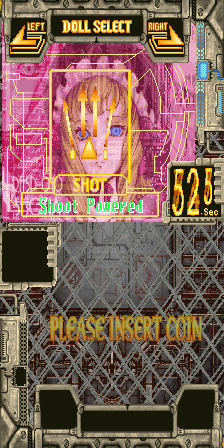 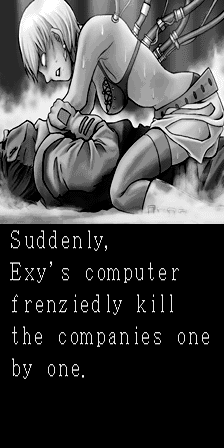 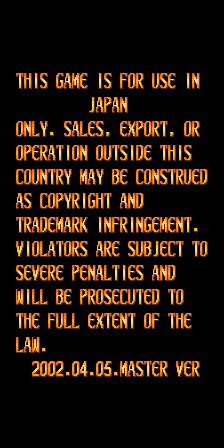 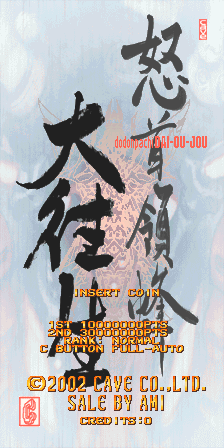 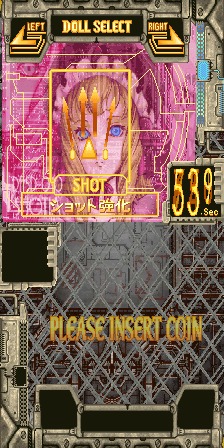 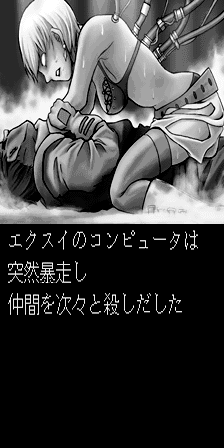 Very Very nice find & once again thanks to neohyphengeo productions for getting it dumped. It’s nice to have a game dumped & within a short period of time this will be supported in MAME 0.189, can’t wait to play this I just love Shoot ‘Em Up’s !
It’s weird to see some of it translated into English & not all but hey if I keep playing these Japanese games ”I Can start Talking Japanese Start Talking Japanese I Really Think So”
If there’s any differences in game play I’ll probably miss them (unless there major ones)
I wonder if there’s any more clone Cave games that has been done like this, maybe there’s a fully translated English one.
Thanks to all involved in preserving this one.

That hack looks like a Academic Team. :)
Dai-Ou-Jou was removed and added only DoDonPachi and put a fake Rambo/IKARI III Logo.

I wish saidaioujou would be dumped instead of this one.

Haze how are you? I have a new rom dump for star wars data east pinball. Can I submit to you?

I don’t know the first thing about the pinball drivers
please just use the form at
http://mamedev.org/contact.html