I do fancy a nice warm cup of Tee

It’s still 6502 based, and several things are similar, but the video hardware has changed at least, this one is no longer drawing sprites / tiles from ‘texture pages’ but seems to have opted for more traditional non-tile based sprites, and likewise the tiles for the tilemap organized in ROM in a normal way.

There are enough similarities to know the hardware is of the same origins, but enough differences to make it interesting. The palette handling and sound system for example are just the same, and it looks like the I/O might be too, but the DMA controller has high bytes for size and destination, shifting other registers along, even if I can’t see how they would be useful.

The game was developed by Farsight Studios, developers of the rather infamous NES/MD game collection ‘Action 52’ (although I did like some of the games) and flawed MD title ‘Art Alive’ (which would have been so much better with battery backup at least)

That said, they’re not afraid to show their roots, and proudly advertise said titles along with all others on their website.

What makes these TV games interesting is that they’re basically going back to that simple style of game that was found on the likes of Action 52, again with somewhat limited hardware compared to other platforms that were available by the mid 2000s when these were made. Farsight also list a number of other games that were done for Radica and likely run on the same, or at least similar hardware. 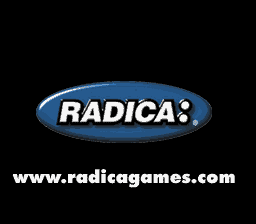 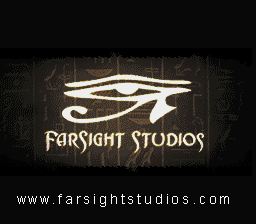 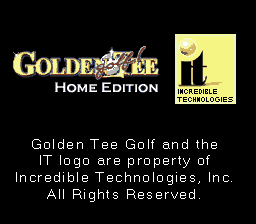 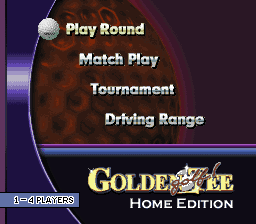 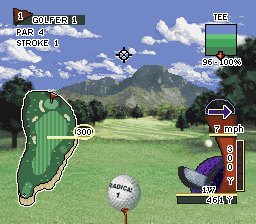 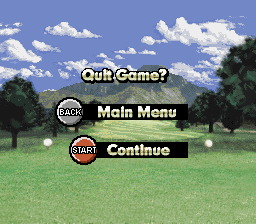 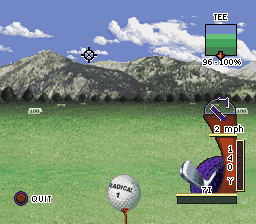 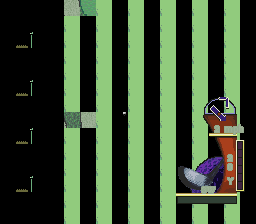 The sound emulation issues (bad sample decoding, some registers not understood causing repeating sound) are a lot more obvious here, so it sounds horrible for now. Background rendering needs work, especially for the 2D view when you’ve taken your shot. Taking your shot is also difficult right now because the trackball isn’t hooked up properly, it appears to be hooked up in a way that means it triggers interrupts on the CPU as it spins, so the CPU can count them and work out how fast you’re spinning it. Each axis is a different interrupt level, 2 bits in a control port determine the direction. Seems like a primitive way to do things, although not unheard of before, I need to work out how to hook it up in MAME.

Palette also feels very slightly off, just like the other one. I think the code I have is correctly following the HSL decoding scheme, so that’s a bit of a mystery at the moment.

Before this there was another Radica game called Real Swing Golf, also developed by Farsight but without the Golden Tee license. That uses a different controller type, but otherwise looks like a very similar game, so would probably fit in the same driver if it were to be dumped.

There were also later Golden Tee Home TV games, but those were developed by Jakks and are going to be different hardware (probably XaviX or unSP based) Those aren’t dumped tho.

Radica also released some games on Megadrive / Genesis based hardware, until now only 2 of those were dumped, and were hidden away in the MAME Software List rather than being standalone systems. I’ve moved them to be proper drivers (as they’re real systems, not cartridges). Sean Riddle also dumped a ‘Sensible Soccer’ one which has been added. For some reason it disagreed a bit with the existing Radica banking scheme, but it wasn’t difficult to make it happy. 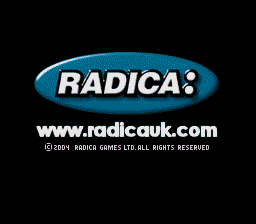 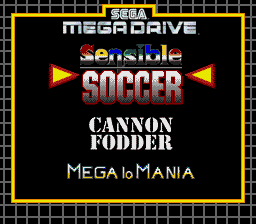 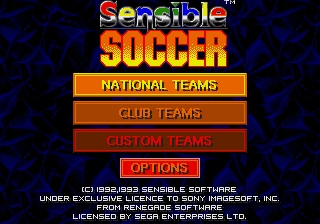 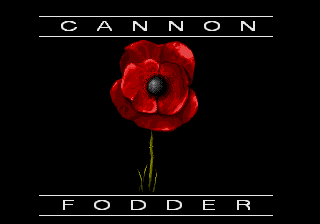 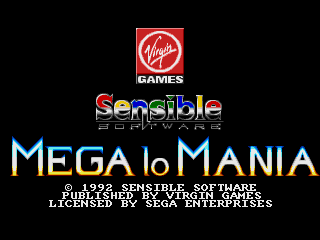 The good news is that the Sensible Soccer unit actually had 2 controllers wired in, unlike their Genesis 6-in-1 ones, and the Sonic Gold collection where there is only a single pad, and no way to connect another, meaning the 2 player options in the games (such as Sonic 2 VS mode) are entirely useless. It surprises me Sega allowed their name to be stamped on them without any attempt being made to remove the 2 player options from the menus!

*edit* here’s a video of the current Golden Tee Home Edition progress, turn your speakers down!

It lists NES/MD on their page, in other cases where they’ve only done one platform it only lists that platform.

This was a collection of 52 simple games all on one cart for the Nintendo Entertainment System and the Sega Genesis.

The developers (now gone) of the original Action 52 on the NES contracted Farsight Technologies (Farsight Studio’s their former name) to work on the Genesis version of Action 52.

They should probably make their page a little bit clearer then because it reads like they worked on all the versions at the moment with it being a company games/history page and all that :-)

Of course, since there’s sufficient evidence elsewhere to know they didn’t, it isn’t a problem, but if that evidence didn’t already exist it wouldn’t be so clear.

Hey Haze, sorry for being an off-topic, but

causes problems on roms that have been working fine.

Why was this commit necessary and who decides to push this (just one contributor)?

I’m sure it’s just a temporary regression that will be fixed, if it hasn’t already.

Refactoring code so that it can be shared is important, it’s what makes MAME the emulator it is, rather than others that pretend to be good emulators by gluing together 100 separate incomplete implementations of the same thing. If we find that a chip was reused on a number of systems we try our best to have a single implementation of that chip and share it, each case providing evidence for how it works.

Now that the Radica standalones are being moved out of the Mega Drive softlists because it makes more sense this way, isn’t it also about time to remove the duplicated, non-softlisted Neo-Geo games?