Not much to report at the moment.

The XaviX work has stalled somewhat while I try to look through many lines of disassembly to see what I’m missing, there are a few things I haven’t shown / uploaded any videos of, but I’d rather wait until I make a breakthrough on those.

Instead I’ve spend today looking a bit more at the ‘Elan’ hardware on which several other Radica games run, and improved the sprite base register in the later type used by Golden Tee Home, connectv Football and several others (that are yet to be dumped) 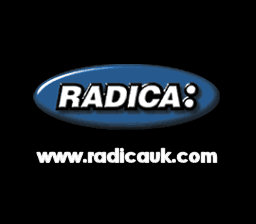 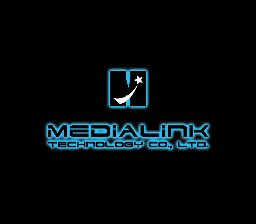 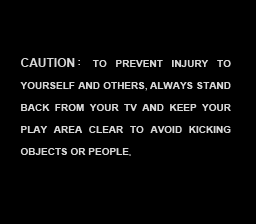 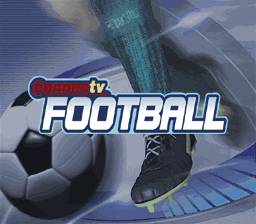 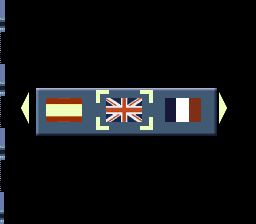 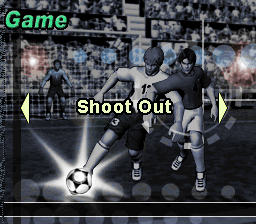 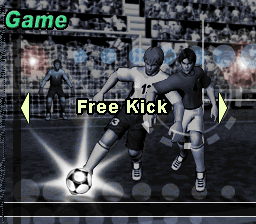 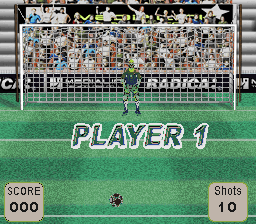 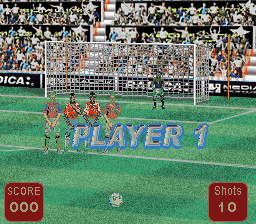 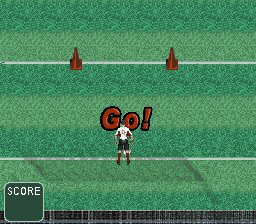 connectv Football was a surprising find, because Radica typically used the connectv brand for European products and Play TV brand for US products, however there was already a Play TV Football, based on XaviX hardware so logically connectv Football would be the same game but for the European market. In this case however it was not, it’s a unique game that appears to have only been released in the UK / Europe. I guess what makes it especially strange is that it uses the same font for the ‘Football’ text, despite being an entirely different game, see this screenshot from an earlier update. 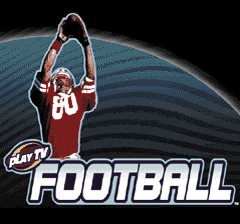 The connectv Football ROM does contain a ‘connectv Real Soccer’ logo too, but it appears to be unused, maybe had this one been released in the US that would have been the name, but with the Play TV branding obviously. Instead the actual Play TV Soccer game is yet another game, this time an import of the Epoch Excite Soccer from Japan on Xavix hardware (not yet dumped)

Controls haven’t been hooked up yet, but it’s just a collection of 3 mini games that you played with an shiny shinpad that worked with sensors in the base unit, reporting an X/Y position relative to the base, so might not be too difficult to map to a mouse. Sprite colour register is not yet fully understood.

I’d like to get this one finished because it’s actually one that I purchased myself and sent to Sean for deglobbing and dumping.

Another I purchased and sent was the other UK / European exclusive, connectv Cricket, this one however runs in vii.cpp (SunPlus) hardware like Skateboarder, and appears to expose some bugs in the DMA handling (or CPU core) of the driver, as well as needing proper I2C EEPROM emulation, and whatever IR communication hookup it needs to communicate with the bat, meaning that right now it’s a long way from being playable. 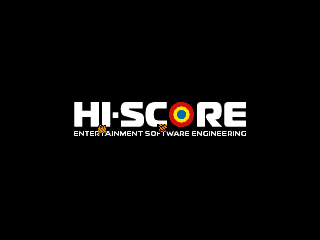 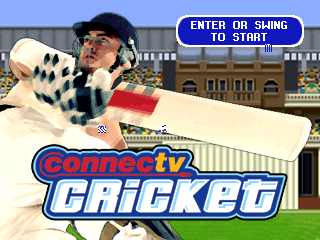 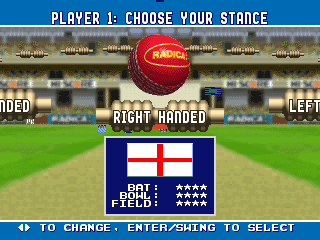 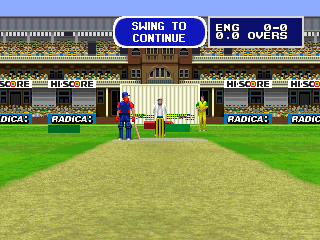 I also sent some LCD games, but they turned out to be an MCU type we have no current way of dumping and with no visible bits under a microscope, so at least one of those will probably go down as a casualty of the discovery process.

In other news Morten Shearman Kirkegaard figured out the correct compression algorithm for Gunpey by studying the compressed / decompressed data, allowing the fake decompressed data rom we extracted to be removed and replaced with real emulation of the decompression. That progress missed the latest release but will be in the next one.

Caps0ff decapped a number of MCUs including F1 Dream, which I hooked up, fixing operation of the original game in MAME (previously you had to run bootleg versions) The game however does still feel rather unfinished, crashing if you successfully complete all the tracks, but it that doesn’t appear to be protection related and I have a strong feeling the original game would crash / reset in that position too (and Capcom never programmed a proper end sequence)

END_OF_DOCUMENT_TOKEN_TO_BE_REPLACED

Master Boy is a Spanish quiz game made by Gaelco.

Many years ago Charles MacDonald painstakingly extracted the internal ROM of the HD647180X0CP6 MCU used by Master Boy by exploiting a bug in the game’s string handling to output the internal ROM data, then handfix some bits that couldn’t be accurately dumped that way. This was done before decap techniques were available, so was something of a miracle that any method could be found to dump the rom. I then emulated it with the help of some notes he had made. 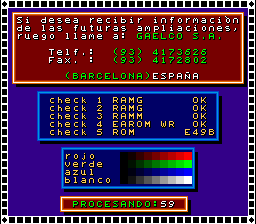 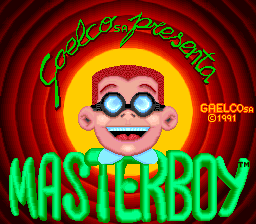 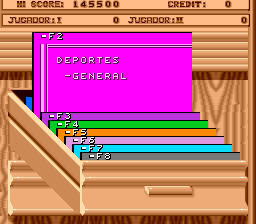 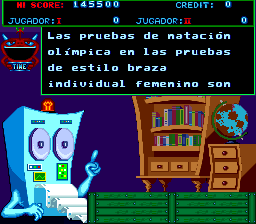 Actually, the above isn’t quite what we ended up with, because prior to last month we were running a set with the copyright message in the startup box hacked out and nobody had noticed, but that’s an aside.

There were however two things that didn’t quite add up here. We had sources that suggested Master Boy was a 1987 game, or possibly even a 1986 game. We also had sources that said there was a ‘Master Boy 2’ from 1991. The PCBs for the emulated Master Boy were marked as revision A, so it was speculated that maybe there was just an earlier set from 1987 we hadn’t found yet, but we’d seen no solid evidence for a ‘Master Boy 2’ at all.

Fast forward to a month or so ago and the guys at ARPA and Recreativas.org uncovered a very different Master Boy PCB

This was clearly not the same hardware as the emulated Master Boy, it’s a much simpler PCB using a Z80 instead of HD647180, an AY8910 for sound, and very little else; it’s a very simple PCB. The PCB was said to be for the 1987 version of Master Boy.

I quickly went about emulating the game, giving me the following. 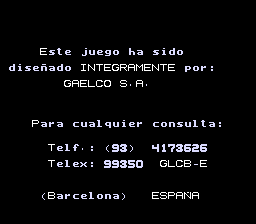 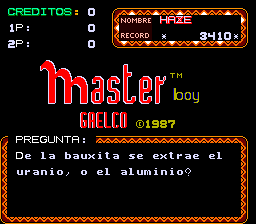 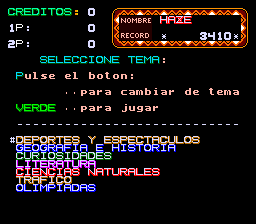 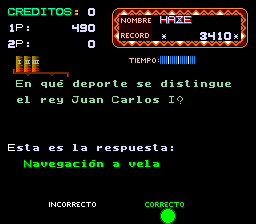 So that concluded the 1987 version of Master Boy did exist, and was an entirely different piece of code. This newly emulated game is the real ‘first game ever made by Gaelco’ after they split from Tecfri in 1986. It is possible there is still an earlier revision than this as some sources still indicate 1986, but if that earlier revision exists it’s likely to be on this same PCB.

This also very likely means the elusive ‘Master Boy 2’ is in fact just the version we already had emulated, it’s clearly a sequel to this 1987 game, but for whatever reason Gaelco opted to not put ‘2’ on the title screen. Anybody who had played both back in the day would have remembered the 1991 as a sequel, which is where the ‘2’ likely came from.

In semi-related news I’m 99% sure we need to extract the internal ROM from a genuine Italian version of the 1991 game too, the string references on the bootup screen are incorrect using the ROM we have, they seem to be off-by-1, so the startup text here should show ‘Play Mark’ for example, not ‘Mark’ Of course this will require finding a genuine Italian PCB (not one that has simply had the Italian ROMs put on it) and finding a way to dump the internal ROM. With modern decap techniques I imagine there are more options for doing that now than having to resort to the techniques Charles used back in the day tho 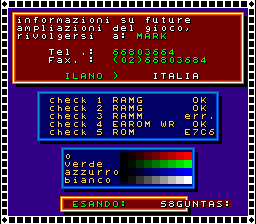