As each of these Plug and Play architectures is like a console, with lots of flexible features, they can be quite difficult to figure out. That said I’ve managed to make some rapid progress over the past week (which can be followed on my YouTube page) 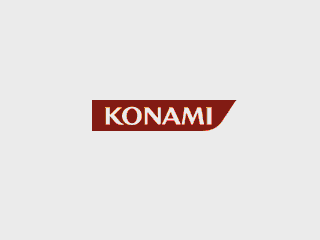 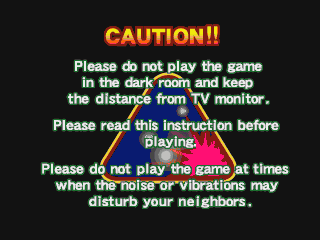 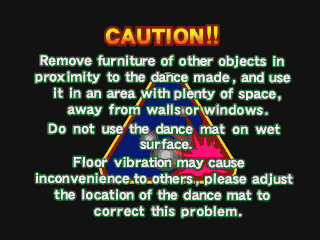 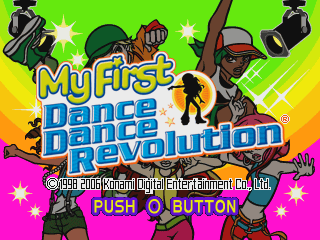 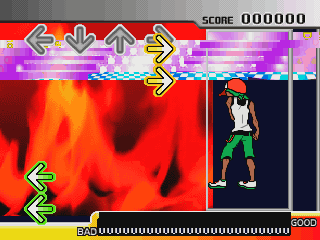 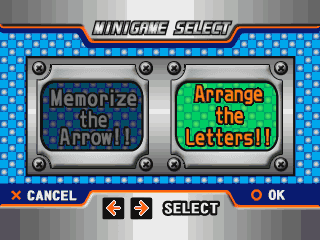 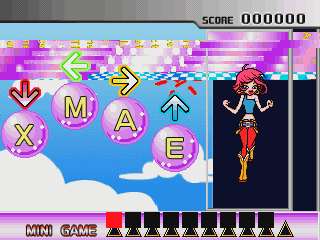 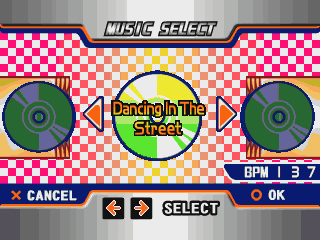 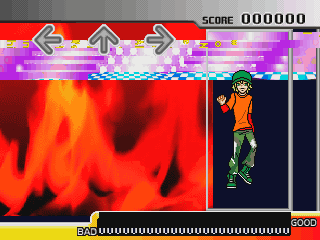 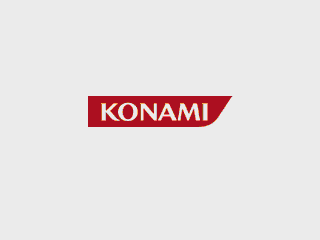 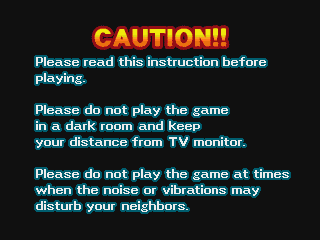 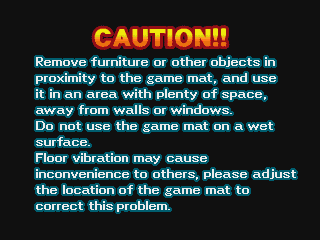 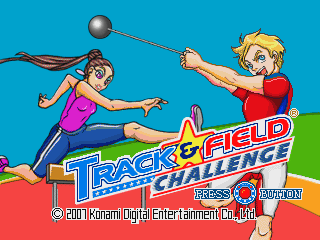 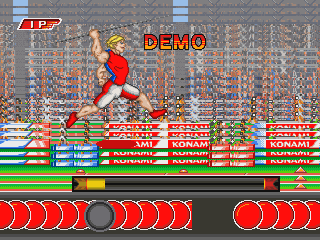 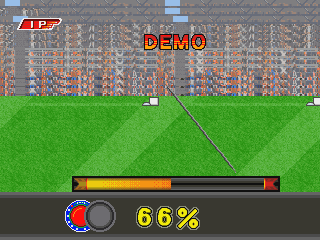 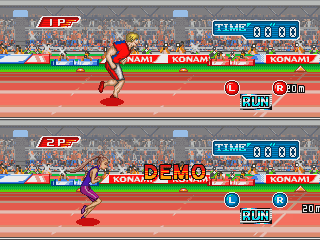 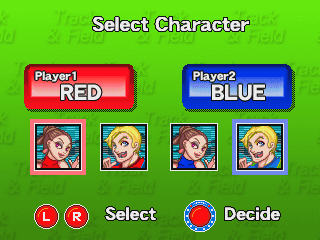 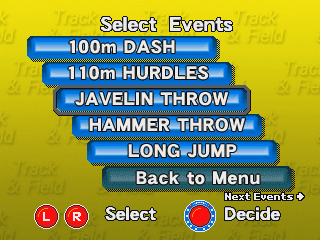 The CPU core hidden away in the globs appears to be a G65816, which is similar to that found on the SNES, although the rest of the hardware is rather different. Neither is in what I’d consider “working” state yet as the inputs are erratic, there are game logic bugs (timer always 0 in Track and Field, very slow arrows and hangs after songs in DDR) and also the video emulation is incomplete as you can see from the glitches in the screenshots. There are definitely more complex DMA modes I need to add support for, also sound isn’t emulated yet, I haven’t even started looking at that side of things.

Not bad for less than a week of work tho, these only showed a black screen a few days ago.

The progress I was making on Smart Fit Park (which is a newer SunPlus ‘System on a Chip’ instead) does seem to have stalled tho, again, each of these systems is like emulating a console, so when you’ve not got much dumped for a specific chip it can be difficult to figure everything out.

*edit* improved the DMA, which improves the backgrounds a bit (still missing scrolling tho) 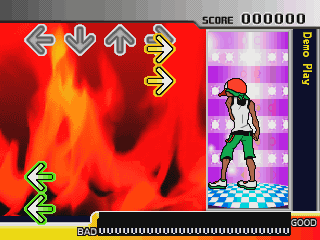 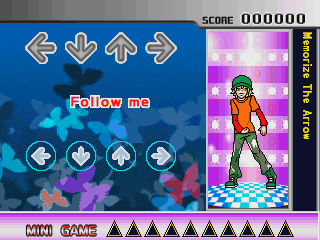 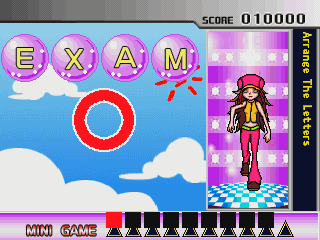 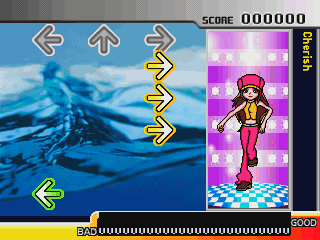 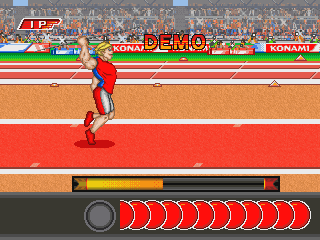 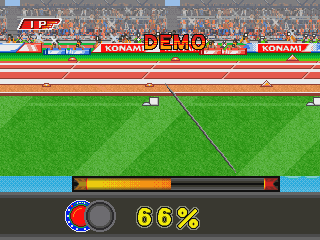 END_OF_DOCUMENT_TOKEN_TO_BE_REPLACED

Realized I’ve not actually posted an update on the main page here in a while. I have been adding various screenshots to the 2019 page to save me time when compiling the final end of year write-up, but that isn’t really obvious unless you look.

In terms of what I’ve been doing it’s mostly been a lot of work with nothing really to show for it yet. We identified several Plug and Play systems as using a newer SunPlus based “System on a Chip” with an updated CPU core (extra opcodes) and an entirely different peripheral mapping etc. The only dumped games on it thus far are Smart Fit Park (Spanish release) and Wireless Hunting, with the latter also having a larger than usual ROM and presumably some banking.

Smart Fit Park allowed me to make some progress with it, but there are still errors in the game logic, including hangs and crashes, incorrect speed etc. Wireless Hunting still does nothing as it isn’t clear how the extended ROM access works (the system has enough extra RAM that they might just be copying everything into RAM with the DMA as DMA parameters not used by Smart Fit Park are used by it) We know the Spongebob Bikini Bottom 500 racer also uses the same SoC and Sean is trying to get that dumped, although at the moment it is resisting.

Other than that, I’ve been buying (mostly with my own money at this point) a whole bunch of Plug and Play systems and having them shipped to Sean. Sean might not have time to process them until Winter at least, depending on real life workload, so they get added to the pile of things that were purchased with donations etc. Still, providing there are no disasters we have a nice collection for later all going well. He did manage to find time to dump some easy cases, so the remaining 2 “I Can Play Guitar” cartridges were dumped recently as well as a KR-1 e-kara cartridge (I added some pictures on the 2019 page) Even without being able to dump things yet Sean has been providing useful insight into the hardware inside the things that have been sent to him, plus I’ve been pulling apart some of the ones that have arrived with me (and making real hardware videos for my YouTube page) so even without visible progress there is research going on, and I have a better idea of the bigger picture with some of these things now. When you’re dealing with things that require specialist processing there are always going to be bottlenecks in the process as the number of people capable of handling them is tiny and those people are in demand.

I’ve also been trying to work out what on earth is needed to get the Konami Track + Field and My 1st DDR Plug and Play units booting, the code on those is absolutely horrendous and they end up taking a pointer from RAM then jumping to 0, because the RAM with the pointers in it gets erased after startup.

I’d like to be able to show more, and we’re definitely going to need a bit more help funding some of the remaining Plug and Plays, but I’m not going to ask for anything until some of the backlog is cleared, things that existing donations were put towards have been dumped, and I have more to show, rest assured, work is being done tho.