Kittens surely works better, but IGS didn’t make any games called Kitten World, so Dragons will have to suffice.

Anyway, Dragon World 2001, and Dragon World Pretty Chance are the subject here, both of which are now emulated.

Dragon World 2001 is the 4th major installment in the Dragon World series from IGS, and Dragon World Pretty Chance is a modified version of the same game with adult themes and a background revealing mechanic.

Like the rest of the series these are Shanghai style games (not Mahjong! even if they can use Mahjong tiles) with various special powers to help you get through. Not amazingly original, but there you go.

The ARM sub-cpu data has been extracted so that the sub-cpu can be emulated. Compared to DDP2 there isn’t much of it at all, only around 1kb of the internal space is used but it was still essential to get the game running correctly. Both DW2001 and DWPC use identical internal code. These were the last ‘easy’ PGM games to emulate, the remaining ones still don’t have a clear way forward.

With the exception of maybe the original Dragon World these should now be the best emulated in the series because Dragon World 2 still has lingering protection issues on some sets, and Dragon World 3 / 3EX doesn’t really work at all due to the protection use there (not primarily 027ARM based, could probably be figured out by studying the game code)

Here are some screenshots and videos, viewer discretion is advised with the Pretty Chance video, although I’ve tried to make sure nothing too sensitive is included (I suicide before too much is revealed) probably best not viewed at work tho :-) 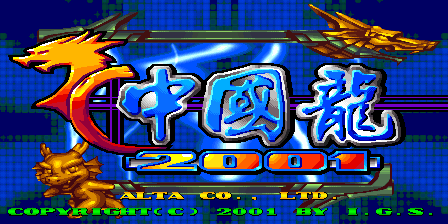 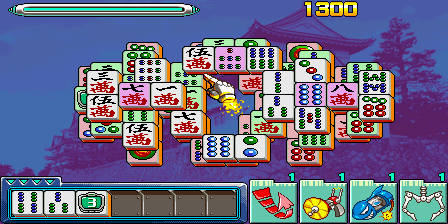 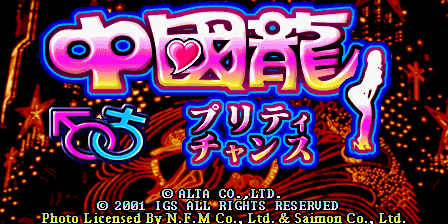 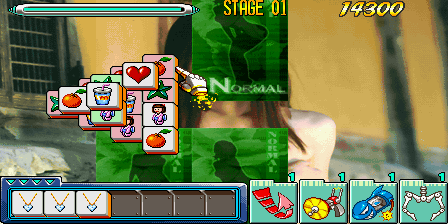 Yeah, we call the Japanese version of Dragon World II ‘Chuugokuryuu II’ which I guess would technically be more correct here, but it’s refered to everywhere, including the actual ROM and setup screens as ‘Dragon World 2001’ even if there might not even be an english release.

The Japanese version of the first game seems to be set to the chinese name in the description… which seems to make less sense.

Don’t forget kov2p. It should use the same setup, be just as trojanable, and still needs the internal asic dumped (rather than hacking the ID).

Really nice, always a pleasure to come here from time to time to see the progress in pictures :)

although I do have access to the Japan version of kov2, which I should do.. probably only be a byte or so different, but needs doing

PS: Any hope to get kovshp BGM in MAME?
(present in FBA)

couple more igs games in the bag well done
still holding out for the gladiator road of the sword
im not askin for it just sayin:)

If somebody wants to document what the giant patch to ‘fix BGM’ is actually doing I’ll consider it, however I don’t accept giant undocumented rom patches for the sake of it. MAME is meant to document things, so I want to know what they’re patching, and exactly why they’re patching it.

Obviously the patches can’t really be avoided because the real thing is meant to have a different internal rom which we have no way of extracting fully, but that’s no excuse to not document the patches properly.

Yes you’re right
Thanks for your reply, that’s a very good answer ^^

Again about that game (sorry if I’m borring ^^’ )
The logo in the middle of the screen during play is also present in the original game or this is a simulation problem?

Most of what the kovshp patches are doing is changing where the asic tells the 68k the location of the z80 data is. There are a few of which I am unsure of their function though. (Supposedly fixes character damage or something to that effect).

Apparently the logo remains onscreen on a real cart too, unless the cart we’ve seen videos of is a bootleg… it looks terrible (and I noted it down as a bug at first) but evidence would suggest it’s correct.

Ok, looks like we may have a kov2 nine dragons on the way to play with.

On a side note Haze, when you’ll get a hand on the kov2 nine dragons, is it possible to redump a1201 and a1204 Roms to see if they matches actual roms in kov2 or these which are in kov2p?