With 0.147 due out tomorrow* it should just about be possible to squeeze the progress shown here in before the cut-off

What is the progress? Semicom’s Magicball Fighting, the first in the series of 4 Korean arcade baseball games and the only one which hadn’t been dumped and emulated up until this point (Wonder League Star, Wonder League ’96 and MuHanSeungBu are all already supported)

As with the other games in the series this was really only intended for Korean markets and thus makes use of Korean text for most of the game displays.

The protection was the usual Semicom type, a bunch of code put in RAM by the MCU and used for the interrupt routine

You can read more about Semicom over at Hardcore Gaming 101

Here is a quick video in which I manage to rack up a magnificent total of 0 runs, proving I’m just as bad at baseball as I am at F1 ;-)

* yes, 0.147 should be out tomorrow, even if all the sweeping core changes going in at the last minute are against conventional wisdom and there hasn’t been any real public testing period for them. Fingers crossed we’re still as stable as the previous u release which was probably one of the most stable points we’ve had for a while. 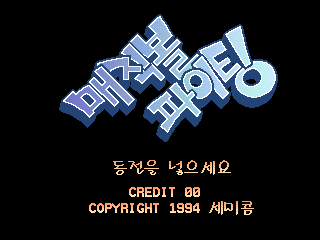 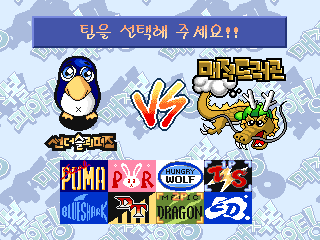 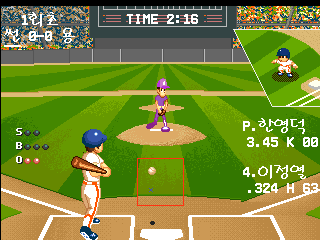 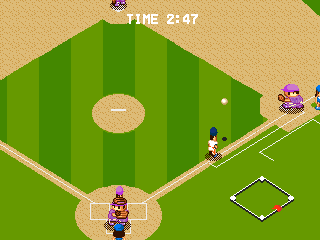 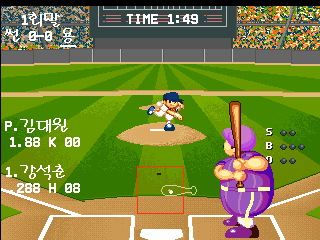 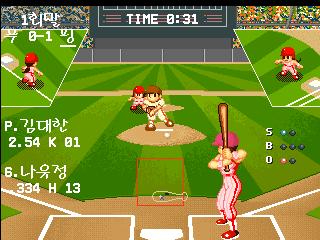 I agree, there REALLY needs to be another u release first because of the sheer volume of changes this time.

Do you know if anyone is doing Aaron’s automated regression testing anymore before releases?

Tafoid does some regression testing, but even he can only run so many tests…

I think 0.147 should just have been called at the point where the SVNs were merged. The next release has to be a full source / major one due to that change (get everybody in sync with the new system) and really a lot of the current churn should have probably been held off until that was out. Since then we’ve seen mass refactoring to C++ for various MACHINE functions, a complete reworking of the gfxelement code and more.

That said I guess people have limited time to do things and couldn’t really delay the work but it certainly irks me a bit seeing the volume of untested last minute changes going in; there was stuff I held off submitting ~2 weeks ago because I thought it might rock the boat a bit!

I guess if 0.147 does turn out to have more issues than desired a 0.148 can follow quickly to patch things up but I’d hate for people to get a bad impression of the new system if things do end up a bit pear shaped, hence me putting this up as a word of caution.

Yes, regtesting is done by the team on nearly every release.
I’d like another ‘u’ too, but the diff would be huuuge.

Haze, not just Tafoid.
and not ‘some’ either :P the testing is pretty extensive. If Tafoid is telling you personally it’s ‘some’, that just him being humble.

Well, I know he runs batch tests on everything, but only at stepped intervals. He’s not going to have tested changes put in a few hours before a release, because it takes a few hours to run a complete test.

Also due to the nature of Tafoid’s testing it isn’t going to pick up changes to the audio output, only video (if a screenshot changes) or if things crash outright / assert (but afaik debug test runs are done less frequently)

The Y-board sound problem for example, which was just fixed, simply wouldn’t register in any regression testing, it takes actual users to notice that (although in that case it apparently did exist in the previous u update so I’m surprised it wasn’t noticed earlier)

Don’t worry, I know Tafoid and Firewave between them are doing a good job, and bringing to light many issues which would have otherwise gone unnoticed, but there is no substitute for people actually using the emulator when it comes to the less obvious bugs (hence bugs in unpopular games often ending up left unfixed for long periods of time because they don’t get picked up or noticed)

Yes, too bad MAMETesters isn’t as big as what it used to be. (talking compared to over 10 years ago). Anyway, don’t take too long submitting, the releasemachine will start in ~12hrs. =)

everything is submitted, I also sent an extra trojan for Guru to run on this because I need to check if some (unused) values should be 00 or not but it’s not critical for obvious reasons.

I probably also need to shift one of the layers left a pixel, or work out why I seem to need slightly different layer offsets per game in the first place (could just be a flaw / ‘feature’ of the cheap crappy hw tho)

(normal route is submit address, but in this case i don’t mind if you send to me personally)

HOW AND WHEN THIS HELP FOR RAIDEN2? any sneak-peak news, mr. Haze? :)

You should follow Kale’s page instead for any news on that. Right now it makes no difference to Raiden 2 at all, there are many different parts to the protection.

Alright, that about wraps it up for the Semicom Baseball series! We’ve gotten very far in getting this company’s stuff emulated since we first started, no? I really like them as a Company… although they aren’t the most innovative in the world, what they did, they did well for the most part. It’s a shame they decided to stop making arcade games and focus on gambling, which completely killed them just like others before…

Anyway, I don’t blame you for sucking at this game, Haze. This game has Ridiculous AI that cheats as Rank increases. Once you score a SINGLE RUN, they will start running faster than the maximum speed allowed for player control. It’s definitely not one of their better games, but it’s here for completion’s sake, and with that being said, there’s only a few Semicom Games still missing! Let’s keep at it to preserve that which was not noticed to the world.

Yeah, SemiCom stand up there with SunA as one of the few Korean arcade manufacturers actually making their own games, hopefully we can find a couple of the others, even the gambling games so that MAME can give an accurate representation of the company.

Afega also have a few which haven’t been dumped if the HCG101 article is anything to go by and of course there were an awful lot of 1 off games from unknown manufacturers in the Korean database many of which are not yet emulated.

Glad to see all of Semicom/Mijin baseball games supports in MAME. Is it about 5 years since I mentioned that?

Still yet there was more ridiculous korea arcade games. Wish all of them excavate someday.

I found KMRB manual of Silver Millenium
http://www.grb.or.kr/download/GameImage/1999/제1339호.jpg
there’s no other games produced paradise of amusement.

I wish haze will post someday “If Brazilians are Fantastic, Koreans are Victor.” guess what i’m saying ;)

And, it’s not asking to haze but… Were the Korea version hana kanzashi PCB broken? It’s almost a year waiting.

Yes, I think it’s 5 years, maybe you should update your username ;-)

The problem with most of the Korean games is sourcing them, the more Korean they are the less chance there is they were ever exported outside of Korea.

It’s good to have the series complete, but we know there are many more games out there from Semicom and other significant Korean manufacturers, we’ve just not seen them for sale, or not had the funds at the time to buy them.

Finding something like Semicom’s 2002 Goal Goal Goal! is tricky because of the NeoGeo game called Goal Goal Goal which naturally swamps any search results, and is usually the game you find instead.

We have similar problems with some early IREM games like Green Beret, due to the popularity of the Konami game, we migght not even know it existed and needed looking for if not for the partial / bad dump in MAME.. Ironically the only time I have seen that for sale it was a full cocktail cabinet, in the same city as I’m in (really strange coincidence), but it was out of my price range £500 and I wouldn’t have had anywhere to store it.

As for Hana Kanzashi I don’t know, I’ll ask around.