This is going to be MEGA

Enricnes (from AUMAP) dumped his MegaPhoenix board, a game by Dinamic & Inder that was also released for a large number of home platforms.

By looking at how the TMS34010 is used in other drivers I’ve managed to hook things up to the point where I get the following screenshots. 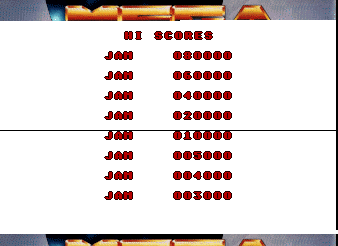 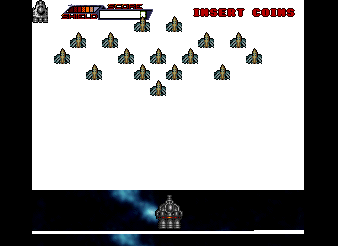 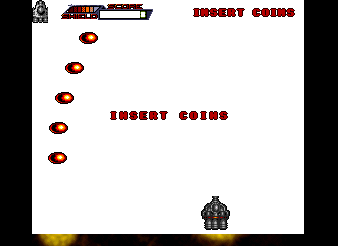 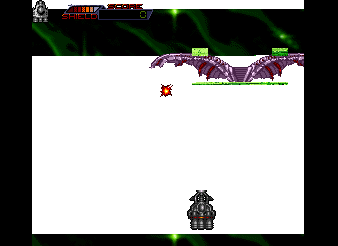 Obviously there are still some significant issues here. Actually I don’t even know where 2 of the ROMs map properly yet, the game has a weird memory setup whereby RAM is mapped at 0, and the ROMs are mapped higher up, but I have to copy the boot vectors to RAM. It’s not really playable at the moment.

A video recorded from the PCB was uploaded to YouTube last year, this is what the emulation should look like once it’s finished.

Haze, i have some little info (code snippets) about other games (Hammerboy, Nonamed II, …) were going to run in the same board, i don’t know if it’s final revision or simply tests, but they initialize the interrupts vectors at the beginning with the next code:
INIT_SYS MOVE.L #$1000,A7
move #$2700,sr

Those of you can’t wait. Play the Mega Phoenix ZX Spectrum version. :)

Or the Amiga version. How many versions are there? :D

Neat! I had always wondered if actual MegaPhoenix and Hammer Boy arcades had been made.

Is this a final version or a possible prototype? I really don’t remember ever seeing or reading about such a thing, back in the day (I might have been too hooked on my new Mega Drive to notice, though).

This is also the first time I read about a Nonamed II project. I hope at least some info on it surfaces one day… or assets, if there’s anything left of it.

I thought that Haze’s first line “a large number of home platforms” would have been clear enough ;)

You can play on DOS-BOX.

Yeah, it was a popular game back in the day (even if it really is just a fancy ‘modern’ version of Phoenix without any kind of license at all that I’m aware of!)

That’s why it’s good to have found the arcade version, a number of people were starting to think the Dinamic platform didn’t really exist.

Compared to all systems, this Arcade version is the greatest one in graphics and sound. Made in Uruguay?

Thank you Haze, I’ve played PC version it was released at same time as Narco Pólice it’s a remake of Phoenix http://en.wikipedia.org/wiki/Phoenix_(video_game) i don’t remember if PC was released on 2 5,25″ or 1 3,5″ disks and it was VGA or EGA i don’t remember too. I never played at arcades Mega Phoenix but Phoenix i’ve played it when I was 8 years old.