Over the last few days 2 new dumps were forwarded to the team via the AUMAP community usually known for supplying Spanish dumps.

In this case both the games are French versions, and very rare at that.

First up, supplied by ‘Arcade Vintage’ is a version of Berzerk with French sound roms.

All versions of Berzerk have multiple languages for the on-screen text, but a number of versions were also produced with different Speech roms. A few years ago the German version was dumped (which, if you ask me, makes the robots sound more intimidating than ever) and with the addition of the French version the only known variant missing is ironically, the Spanish one. These are significant because apparently producing the speech was a painstaking task back in the day.

This wouldn’t be the first time where the only region we have for a game is for a very specific and unexpected region, our Midnight Landing (Taito) is a German region set for example.

The game is another take on ‘Head On’ but in this case you have full control over your car with up,down,left and right directions rather than swapping between lanes. Each level has a number of blue cars that move around the maze without really homing in on you, then occasionally a red car will appear out of nowhere directly on your tail.

If you lead the red car under the bridge section it will vanish (interestingly there are no collisions under the bridge, so time things correctly and you can pass through the blue cars in that section of the maze too) As with Head-On the fire button makes you go quicker. Overall the less restricted movement means this plays more like PacMan than Head-On.

Visually the player car looks a bit glitchy, with a missing pixel in the middle, some wheels wider than other, and the occasional flicker of one of the wheels. I’m not sure why, and we could do with verifying it on the hardware to make sure it isn’t a dump problem. The boardset that was dumped was also lacking the sound boards, and although it’s likely the sound was discrete components only it means we don’t know how it should sound, and so it remains silent in MAME.

The board is actually one of the 2-in-1 games on the Vic Dual platform, the other title included is Deep Scan, which has previously been seen paired with Invinco. Oddly the controls are a bit of an issue with this one because UP for Car Hunt maps to ‘drop charge on left side’ for Deep Scan, I’m not sure how the panel would have mapped for that. 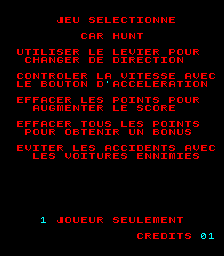 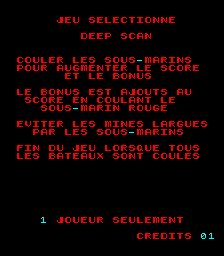 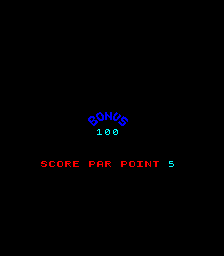 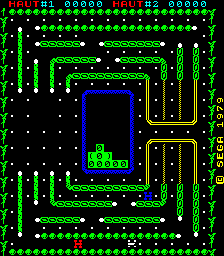 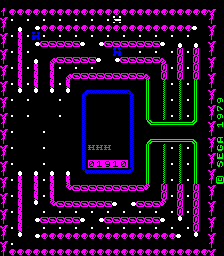 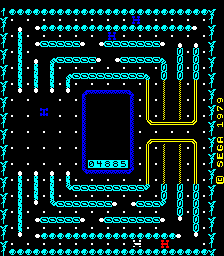 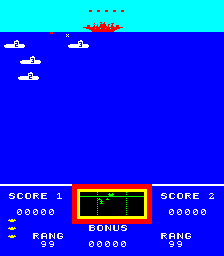 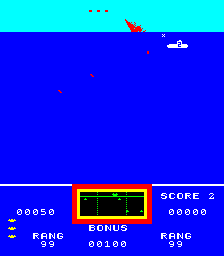 As the audio board was missing Ricky has put out a request. In the unlikely event anybody has schematics for this specific game (not the Vic Dual board, but the Car Hunt specific parts) could they post them.

Speaking of undumped games showing up in very specific regions… I distinctly remember seeing, when I was a kid, a 16-bit horizontal Thunder Force-style shooter called Astro Fighter, with an early-mid 90s copyright. I even made a mockup of the title screen some years ago, with a big docked main spaceship in the middle, facing right. I think it was by Data East, just like the old game with that title (which I actually didn’t know about, until I looked for “Astro Fighter” “Data East” on the internet). I even started a topic about it at the MAME forums a while ago, but I doubt it survived for that long and in any case, I don’t think I could provide any more info than this.

Sadly, I only saw it once for a minute, since my parents were calling me, but I remember that, after looking at the year in the title screen, I thought that they may have used the title “Astro Fighter” because it sounded similar to Street Fighter… A bit silly, I know.

There was also this one maze game that I played for a very long session with another simultaneous player, which I haven’t been able to find in MAME. I think it was similar in looks to Cratermaze, but the main characters were just heads similar to Bomb Jack’s… I don’t really remember much about that one.

Oh, and near a Toys R Us they had this really old game that was set in space and had some blocky graphics… where I think you controlled an astronaut that had to make some difficult jumps, but my memories on this one are quite fuzzy. The only things I remember clearly about it is that it was in Spanish and that it would say the initials in the High score table out loud (in Spanish, too). I’d say it was a Spanish game since it displayed a Spanish company name, but I guess it could have been a bootleg localization.

If it helps, all of this was in Asturias (North of Spain). We got all sorts of cool arcades like Puyo Puyo 2, Mega Man the Power Battle, Dragon Ball Z 2, a Mega Tech with Tetris in it (didn’t know it was so rare back then) and one day I even saw a Tant-R with the title screen in English (I had to keep swearing that such thing existed until MAME supported the Chinese version). I thought that the Hint minigame was in English, though, so I guess I didn’t remember all the details correctly (I was a kid maknig a quick trip inside bar just for taking a look at the arcade, with my parents calling me on the street…).

I don’t think he’s an asshole. Did he not emulate Dragonball-Z Hyper Mecha Densetsu Titty Brigade or some other shit like that fast enough for you? Also, what does your problem with him have to do with the French version of Berzerk?