Capcom’s LED Storm has an unusual history to it.

The home conversions of the game (Amiga, Spectrum, C64 etc.) were all based off a version called LED Storm Rally 2011. The most common arcade release is simply called LED Storm, or Mad Gear depending on your territory.

A partial dump of an arcade version of Rally 2011 has existed for a while, but the sprite roms, until now, hadn’t been fully dumped because Capcom used a very unusual type of ROM to store the data, one that no devices appear to support out of the box. Guru spent some time dumping his however, so that all changes from this point forward.

system11 did an article on LED Storm last year when he picked up a PCB ( which has now been dumped). Mentski’s excellent ‘One Credit Champ‘ series on YouTube also mentions the differences briefly during a play of the more common arcade version in one of his videos (most of which are packed with little bits of trivia while he sees how far a single credit can get him in a game).

Anyway, lifting some of system11’s screenshots for comparison, here is how it looks in MAME now with the correct sprite ROMs, PCB pics on the left, new MAME shots on the right. 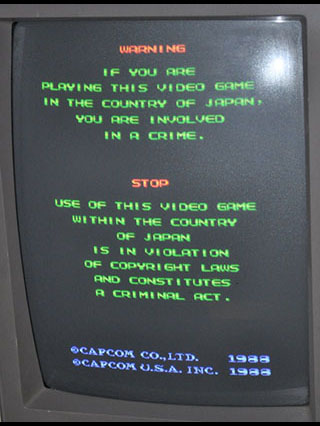 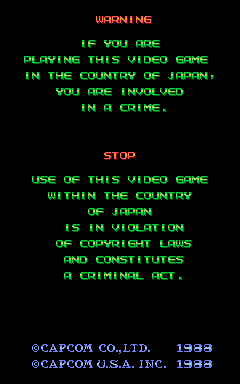 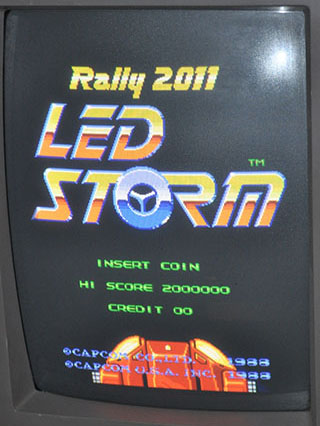 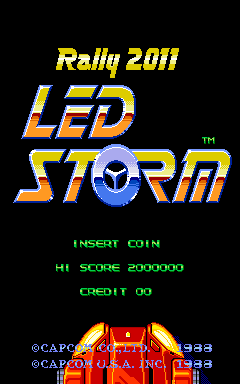 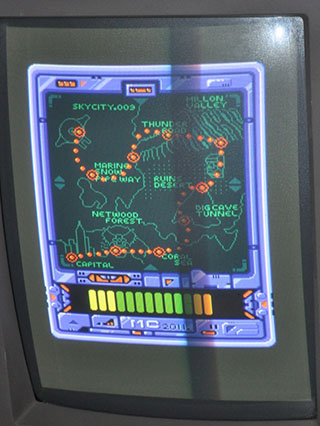 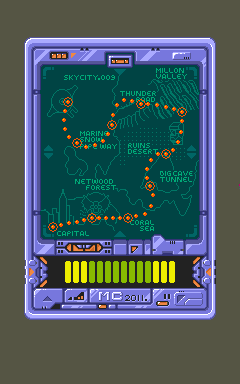 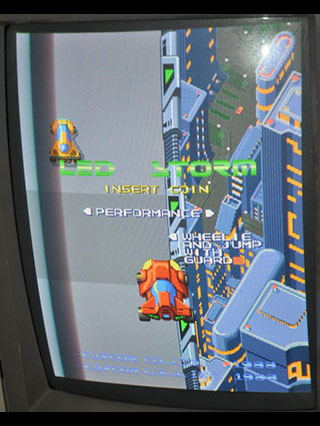 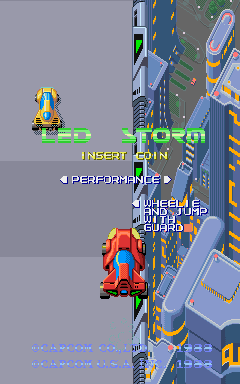 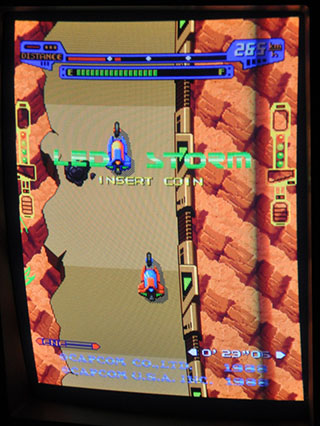 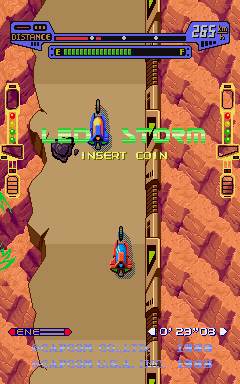 Much better than how it is if you run it right now!

I’ve also made a video.

My role in all of this was fairly minor, the arrangement of the data in the new dump was a bit different to the existing sets in the driver (those use 4/8 roms to contain the data) so in order to continue using the same decode function for all sets I had to adjust the ROM loading for everything else in the driver so that the data was in the same order as the data in the new roms, then adjust to decode function to match. (I could have simply added a new decode for this set, but I do prefer to try and keep things neat)

Anyway, if you can’t wait for 0.167 (which will be released on the 28th of this month) then the current progress can be found in the GIT, you’ll need the update Romset tho.

good stuff. any other previously undumped games we know of use these ‘unusual’ rom types?

I think some early CPS1 games used them, but they were dumped long ago by others.. might have been a different obscure type on those tho.

Hi, a million thanks to everyone involved in bringing this game into the community

I’m curious, what made those rom types “unusual”? Just some kind of device that no average programmer had a “preset” for, or something more peculiar like the Bubble Memory that Gradius used?

I think some of it is form factor / package type, but not really my field, all I know is that system11 was having to buy parts to try and assemble a custom adapter, and Guru needed some custom built thing with wires everywhere, both have pretty high end kit that didn’t support it out the box.

obviously not as much as a pain as things like the custom modules Air Raid uses, but still annoying.

Haze thanks for yet another informative post – system11 thanks for the clarifying comments – man I love reading you guys’ posts!

Heh, the dinosaur skeletons look really preliminary in comparison with the final graphics.

It’s really cool to see the version that the computer games were based on, although it’s kinda weird that none of them (not even the 16-bit ones) featured the bike transformation. Perhaps they may have been based on yet another revision that didn’t include this feature?

LED Storm plays a bit like F-Zero, which came later.

You should post screenies from ports of this game :)
with [s]MESS[/s]MAME of course

The C64 version definitely had the bike transformations. You press fire + down – it was impossible to complete if you didn’t know this as the car alone isn’t fast enough.

It’s probably been mentioned already, but most of the home versions – Amiga, C64, all that – bear greater resemblance to this version than the final! Apparantly it was a botched effort at a localization for worldwide release?

Stoked to see this one working!

this version came first, therefore when the people making the ports got their hands on the game it was this version..

ports are often based on the first official release of a game, it was important for the team porting the game to get it to market while the title was still popular in the arcades.

Mad Gear (aka LED Storm without the Rally 2011 subtitle) is more of a sequel, like Street Fighter 2 CE is to Street Fighter 2. There’s a fair chance it was actually released AFTER the ports if it was released late 1988 / early 1989 as the copyright date suggests.