Team Caps0ff proved that they could handle the HD647180 MCUs used by a number of Toaplan games last year when they managed to deprotected and read out the sound MCUs from Fire Shark, Vimana and Teki Paki.

Now, using chips provided by members of The Dumping Union they’ve completed the task of dumping the HD647180 MCUs used by Toaplan by processing Ghox and the Japanese release of Whoopee (which for whatever reason used a HD647180 while the World release used a Z80) Assuming no music was changed (and I don’t think it was) Whoopee is identical from the point of view of an end user and is more of a technical achievement. Ghox however is more interesting, and not only because it’s the first time the game has had proper sound emulation.

I’d actually been curious about Ghox for a long time, not because of the sound like most people, but because of a background rendering glitch on the High Score table. I’d rewritten the video code for the Toaplan games a few years back but was never able to figure out why the background didn’t appear properly and ended with a gut feeling it had something to do with the protection.

With the sound MCU dumped it turns out that feeling was correct; when running the original MCU code the background appears correctly. Not too surprising because the MCU actually supplies data in shared ram, and a tiny snippet of 68k code for the main CPU to run in the case of this game. 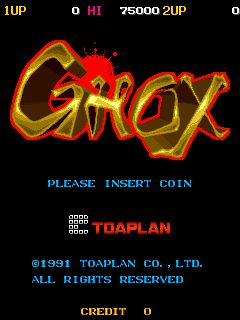 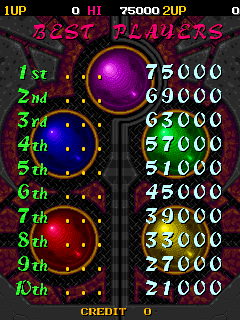 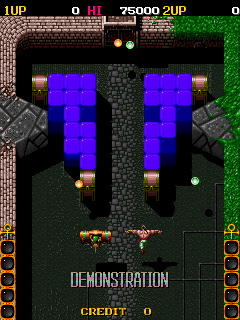 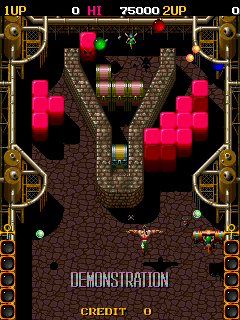 As more people are likely to be interested in the sound, here’s a video of me playing the game badly followed by me going through sounds in the sound test.

Weird to create that level of protection and then using it in a place that doesn’t actually affect game play.

You are able to find bootlegs without playing the game or listening to the sound. Just have a walk and take a look.

Great job as always Team Caps0ff!!.
Thanks for the detailed explanation Haze, and congrats for finally solve the background problem, that would be a pain in his day for you, especially if you didn’t know the cause of that error.

I’m so glad that Arcade Continues to be released and fixed. Keep Going you are going great.

So, for the original boards that donated their MCUs for decapping, they now need replacement parts made from the dumps. Has anyone documented how/if that works? I’d like to see a video of someone doing that and see them get the board working again.

Well for these it would be rather boring, they’re off-the-shelf parts, so you find a blank / unused one (that might be the tricky part) and then use a programmer that supports it to program it with the ROM.

Building replacement sub-boards that use external ROMs etc. instead would be something else entirely (and for actual custom parts, like the C-Chips if we ever manage to get a full dump, might actually be required)

Very cool and nice work! Thanks!

Wow this is awesome!
Nice work!