MAME 0.189 was released the other day and one piece of progress that went into it, which I actually feel is one of the most significant progress made between 0.188 and 0.189 comes in the form of improvements to the DECO Cassette System driver. AJR has put a fair bit of effort into getting these things right, and in 0.189 it’s finally paid off.

Since it was first emulated the DECO Cassette System has proven tricky to emulate properly, not only due to the fragile nature of the games meaning that every dump we have should be treasured, but also because it was built as quite a flexible system, with the video system offering a number of different modes of operations, many only used in a handful of places. It also didn’t help that some of the games are just plain ugly on real hardware, almost as if even the programmers didn’t fully understand the hardware and sometimes ended up just accepting what was displayed was the best they were going to get, even if it wasn’t what they were aiming for.

One of the big issues the driver has always had came in the form of the way certain colour mixing modes work; the incorrect emulation of these resulted in a number of situations where the colours being shown in MAME did not match those being output by the original games running on the actual system. With MAME 0.189 it appears that this issue has finally been solved, every emulated Deco Cassette game now perfectly matches the colours in all the original hardware captures we have been able to find. 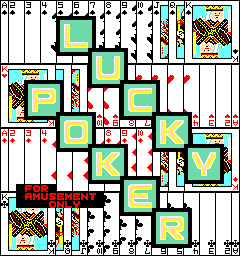 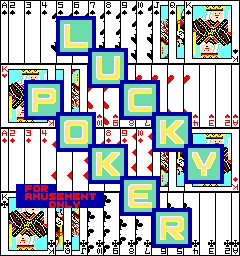 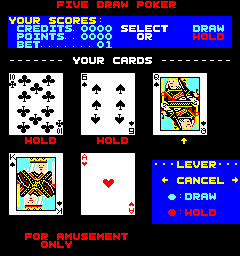 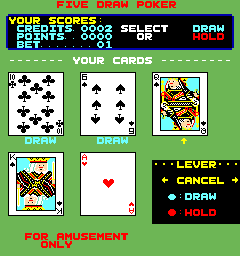 The Deco Cassette Multigame (an unofficial conversion for the hardware that uses a ROM containing the games instead of cassettes) also saw the selection menu become a lot less garish, now correctly showing a blue background. 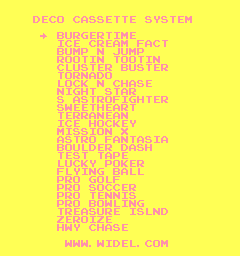 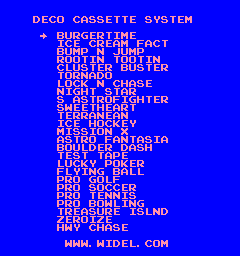 Astro Fantasia is another where the colours changed a lot, previously the emulation looked like this, with every stage having the same colours. 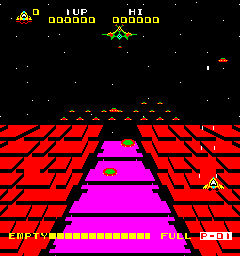 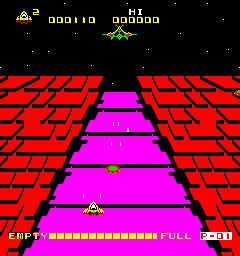 With the fixes each stage gains a unique palette. 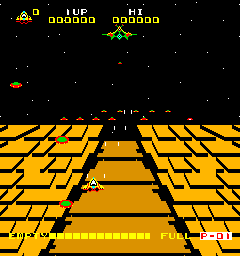 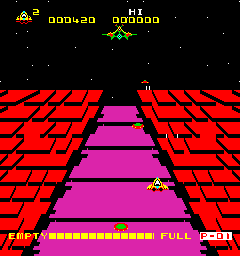 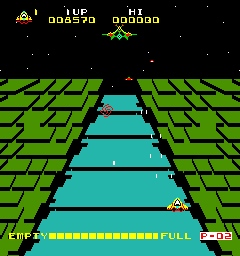 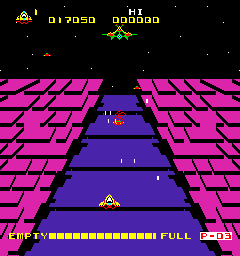 We have videos of the game Manhattan which show similar colours changing between levels, but from what I can tell that’s a different version of the game, the one we have doesn’t even attempt to write to any registers to do this. It isn’t uncommon for there to be multiple versions of Deco Cassette games. One game with significant colour changes between versions, which can now be seen is Rootin’ Tootin’ (aka LaPaPa)

In older MAME versions both versions of the game (the one with Rootin’ Tootin’ in attract, and the one with La Pa Pa in attract) used the same default blue background as the bios 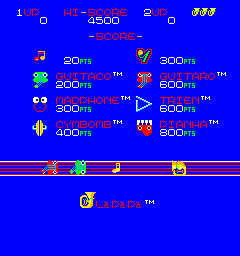 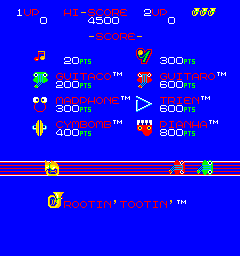 With the fixed colours there’s actually a very significant difference in the background colour of each set, one having what is actually a rather ugly green background, and the other going for a more neon look with a black background. While the green looks ugly, it is verified on hardware, it wouldn’t surprise me if the set with the black background is a newer set after players didn’t like the green much. 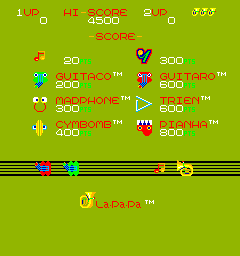 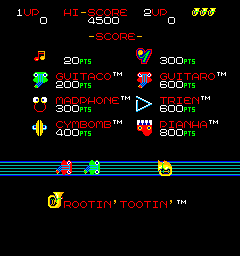 Highway Chase was also much improved in 0.189, with the headlight effect working properly. The new colours are arguably uglier, with a blue road instead of a black road, but again this was a Data East design choice, the blue road is verified against hardware; you can see the same colours & graphics used in the ‘madalienb’ clone of ‘madalien’ so again it was probably something Data East changed over the course of several revisions until they were happy with it (although no cassette versions with the grey road have been seen) Left is Highway Chase in older MAME versions (headlight effect not working – always on but not masking anything, black road) and on the right is Highway Chase in newer versions (headlight masking works, road is blue) 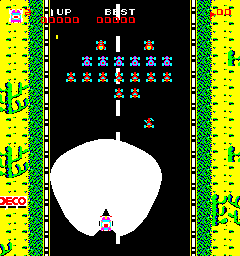 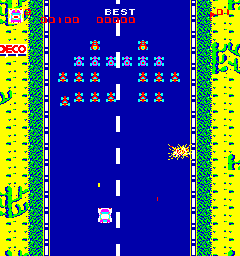 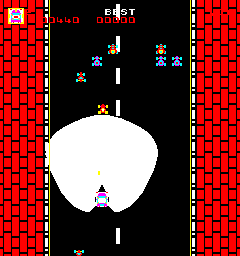 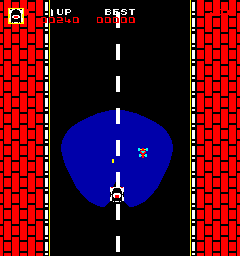 There are many other examples of places where colours have changed, and as mentioned, in every case, even ones where things look subjectively worse, the new colours are verified against actual hardware videos, so again, big thanks to AJR for working on this because it really brings the actual driver for the system up to scratch. Now here’s hoping some more rare cassettes turn up and can be dumped before it’s too late for them

The “headlight masking” effect really is quite weird, so much so that MAME’s graphics drawing routines can’t quite handle what it does, which is to negate the palette bank switching done for the tunnel background sections inside the area of its mirrored 1-bit object. The enemy cars disappear when in the unlit tunnels because the palette bank used there happens to have their colors mostly blacked out, which means you can still occasionally see one with a flashing light or whose shadow is moving up the side of the road or across the center line (which doesn’t appear on the HW reference video, but I left that in). Despite the longevity of the Cassette System, I’m unaware of Data East reusing this masking effect in any game not called Highway Chase or Mad Alien.

As Haze has often pointed out, popular arcade game platforms have a pronounced tendency for their capabilities to be used to the fullest in their earliest released titles, including video effects that may not appear at all in most later games. Early Cassette System games like Highway Chase and Astro Fantasia definitely made more use of the palette effects exhibited here, but I’d consider the representation of its early history in MAME still rather incomplete due to the number of known undumped games and undumped revisions (including a version of Astro Fantasia with different graphics for the boss).

hmm I hadn’t noticed how the center line was missing in the videos before, I wonder if it’s really meant to be there, or perhaps a hardware fault on the board being used since it’s not really used anywhere else you’re likely to notice (I also noticed the sprites in Highway Chase and Nebula, which seems to be the same game engine, were a bit glitchy at times on the videos, maybe a subtle design flaw in the hardware, or again a slight fault)

Have you notice how everytime good ol’ Dave Haywood here takes breaks from Mame emulation nothing worth updating to a new version takes place and everytime he returns inmediately you have to run to mamedev and PleasureD and update your MAME set because games totally worth it are added to the playable status? it’s hilarious…

Dear Tekkenlord: every new version has interesting things. The problem is that there is so few visibility of the new changes. Without Haze, you must dig in mamedev site/sites to understand what is happening….

Just wondering if Deco Boy of Flash Boy horizontal version has seen the light of day?
The vertical version is okay and matches the orientation of most of the DECO cassette games – but I’d like to see the horizontal version.
Makes you wonder if the monitor in the actual machines could be easily rotated to match.

not to my knowledge.

I tend to give these things coverage when they show up, as I’m starting to become genuinely concerned for the ones that haven’t. It’s definitely unfortunate when people would rather be the last person with a surviving copy than make sure they’ll be around forever.