This is World Rally, a highly influential game released by Gaelco in 1993 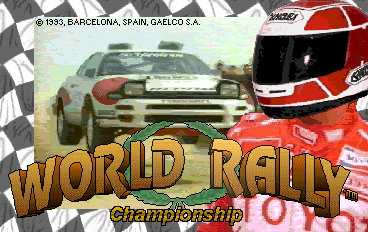 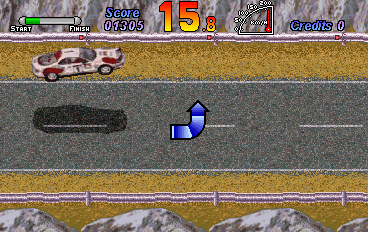 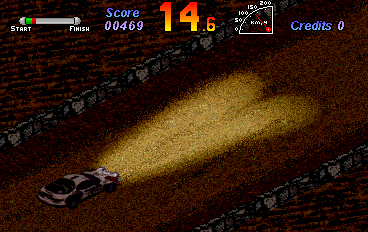 This is Blomby Car, a heavily reskinned, partially reprogrammed bootleg of World Rally released by ABM & Gecas in 1994, that doesn’t play anywhere near as well as the original. 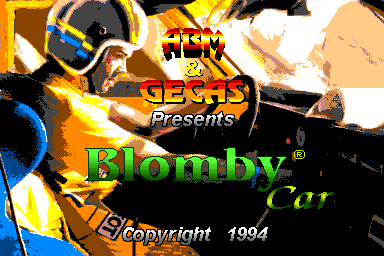 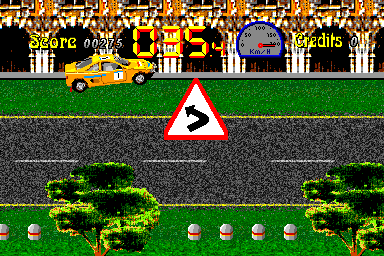 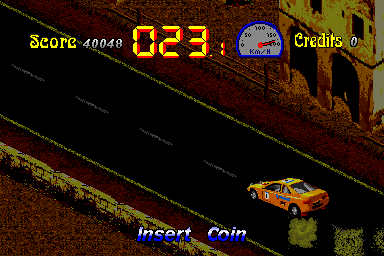 As it happens, the Blomby Car video driver is specifically excluding shadow sprites, not drawing them at all. The game still puts them in spriteram, even still uploads the palettes for them, but the driver does not draw them. If I hack up the World Rally video driver to work with Blomby Car, I get some visible shadow / highlight sprites (but broken priorities) 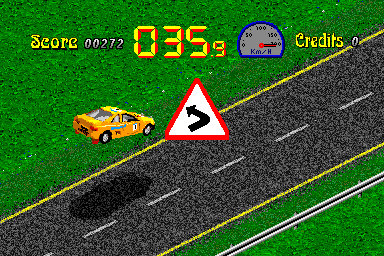 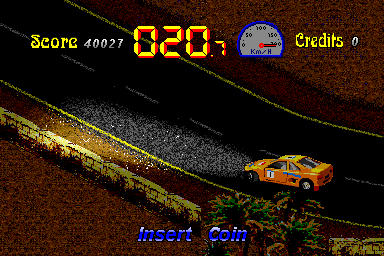 What I need to know is does the actual Blomby Car PCB display these effects, or are they actually missing on the cloned hardware too (it’s a more advanced effect than a lot of clone / bootleg hardware would have) If they’re present on the PCB then I need to fix up the emulation properly. If they’re not, I need to throw this back on the scrap heap from where it came and leave the driver as it is.

So, does anybody have a Blomby Car PCB, and if so, if the effect is present, can they provide pictures of it in action (and if possible, a video of the game running the night stage in attract mode) so I can see if there’s anything else unusual about it.

I know MAME is about emulation of the hardware, but what about preservation/accessibility of the software and assets?

For instance, say a game came with three levels but there are ten more levels not accessible by the original hardware.
(Or an effect as could have been the case in this article.)

What would be the most suitable way to “unlock” such parts of the software and assets to become accessible to people who already have the ROM?
MAME? HBMAME? Some cheat engine?

And, also of interest, it would be fun to hear if you have come across some notable hidden gems of this kind.

For the most part that’s what the cheat system is for, there are lots of games with unused / hidden / incomplete content (see The Cutting Room Floor)

In some cases there’s code that isn’t designed to run on the shipped cart / PCBs either because it expects ROM to be RAM as it would have been in the dev unit, in cases like that you’re pretty much going to have to modify MAME too because the content was simply never designed to be used at the point the game was shipped, and really required different hardware.