I’ve been spending most of my time lately working on XaviX emulation, because it’s an engaging challenge, and easily one of the most interesting things I’ve had to work on in years, it’s actually making MAME fun to work with again, however, that doesn’t mean I haven’t made a couple of other adjustments over the past month.

First up, there’s the subject of the article below, Blomby Car, which in 0.204 will have proper shadows and headlight effects. While I don’t understand the popularity of this game (the so bad it’s good factor?) it does seem to be a popular title, so anybody who wants to run that in MAME will definitely be better off using 0.204 and newer once 0.204 is released.

There was also an interesting discovery with Pinball Action. The Spanish community alerted us to the fact that when Tecfri sold Pinball Action they included a sub-board which plugs in where the Z80 usually goes, on that sub-board was an extra Z80 and some connectors. It turns out that Tecfri modified the game to work with a custom Pinball styled cabinet, with off-screen display for the scores etc. (the same kind of thing that was used for the Spanish games Speed Ball and Magic Ball) With that knowledge, I implemented the emulation of this device for the Tecfri set, as you can see from the following screenshots (the scores at the top are the external display) 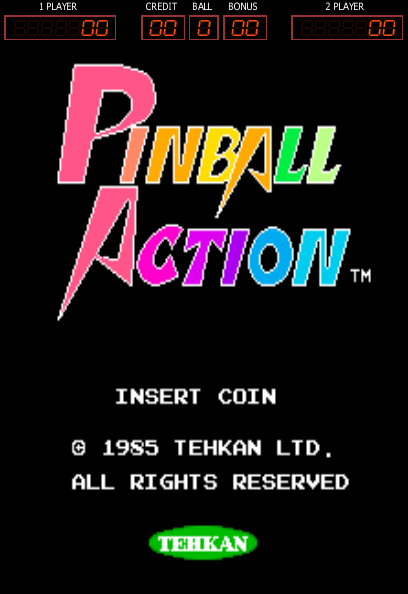 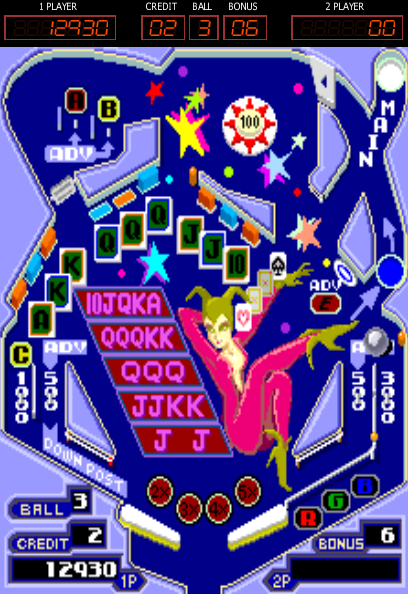 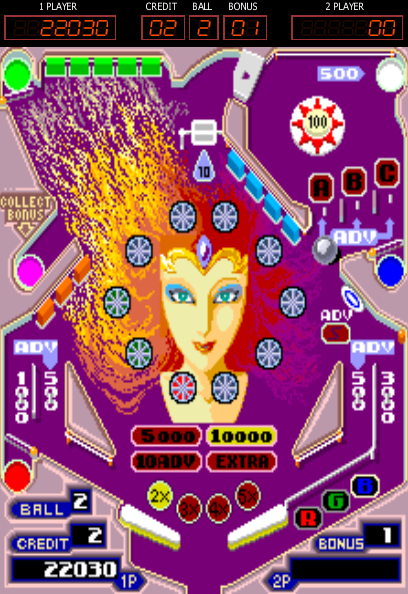 Another game on which there was behind the scenes movement was TCH’s Kick Goal, where some months ago a PCB was purchased to redump the sound ROM (which was bad) and also send off the PIC16c57 to CAPS0ff for deprotecting and reading out because it’s one of those annoying games where they used a PIC as a sound CPU, like a lot of Playmark games, and random bootlegs also did. With the PIC dump it became possible to hook up the sound emulation, giving this awful game proper sound emulation. It sounds awful, because it really is a bootleg quality sound system, but at least it now does have sound and is running the original program. The PCB turned out to be an alt revision too (that was added some months back) Further research is required with this game to figure out why it has trouble with the EEPROM settings, it’s surprising how many little issues there can be in getting even a simplistic looking game like this properly emulated.

It was also found during the month that the known program ROMs for the parent ‘Earth Joker’ set were corrupt, causing almost entirely broken scrolling on the final level and final boss. (Again, like many other bugs, this was observed on a MAME Roulette stream) A comparison with the Japan only prototype set pointed at the most obvious piece of broken code, and a PCB was found to redump the ROMs. For better or worse the PCB turned out to be a slightly different revision, with more changes than just the bad byte, so couldn’t be used directly to replace the main set, however the main set now gets patched on loading and is marked as ‘BAD DUMP’ pending the discovery of a PCB with the same revision to check it.

Again, all these updates address issues that have been present in the emulation since it was first added; Blomby Car has always been missing the Shadows / Headlights, Kick Goal has always been missing proper sound, and Earth Joker has always been broken on the final stage due to the bad ROM. Even if these things have been emulated for years (Blomby Car 0.37b12 15 Feb 2001, Kick Goal 0.61 04 Jul 2002 and Earth Joker 0.37b9 06 Nov 2000) these bugs have only just been found and fixed, so in the case of Earth Joker it has been incorrect for 18 years. Any version you pick before 0.204 is going to have all these bugs / missing features.

Outside of my work there’s actually been a huge amount of progress on old HP, SGI and Sun workstations over the past month. Anybody who worked with those things back in the day, or is just curious about machines they never got to experience because they were expensive / uncommon outside of businesses is going to be in for a treat with all the recent progress bringing things forward.

I’m thankful for your continued work on Mame Haze!

Hi Haze, I don’t want disturb to you with another question but there will are news for two multi amenity cassette system games that still not working : Kisekai Hanfuda and Mahjong. They Seem forgotten.

I think one of the problems there is the MACS2 BIOS not being dumped. While the MACS2 stuff currently ‘works’ I think improving the driver might require the BIOS to be emulated, which might just end up putting the MACS2 stuff in non-working state instead due to lack of dump.

Thanks Haze for reply , I wish give a help to you devs for “freshen up” memory :)