The readme supplied calls it a clone of Star Jacker, it isn’t. It looks familiar, like maybe something we’ve already emulated, but I can’t pin it down to any game or hardware profile I know off the top of my head. Furthermore, none of the roms identify as anything we’ve emulated, nor can I get a positive match based on any of the addresses in my preliminary memory map. 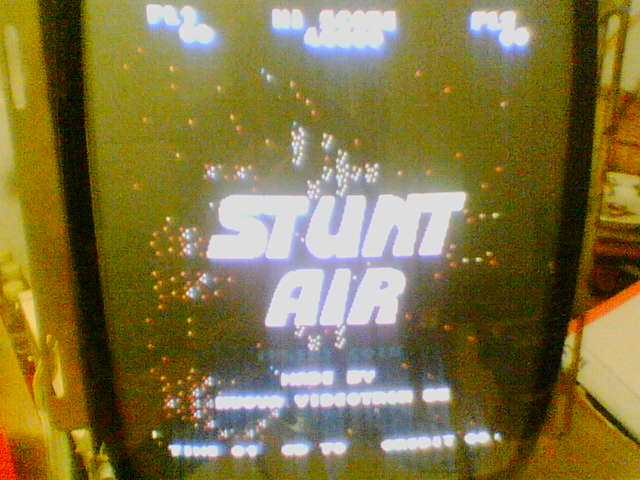 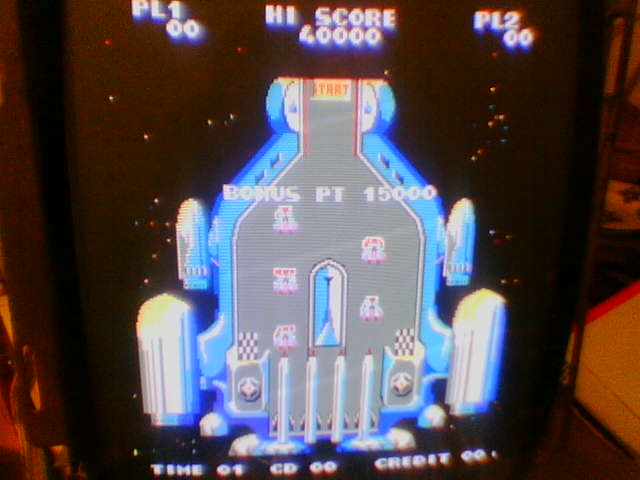 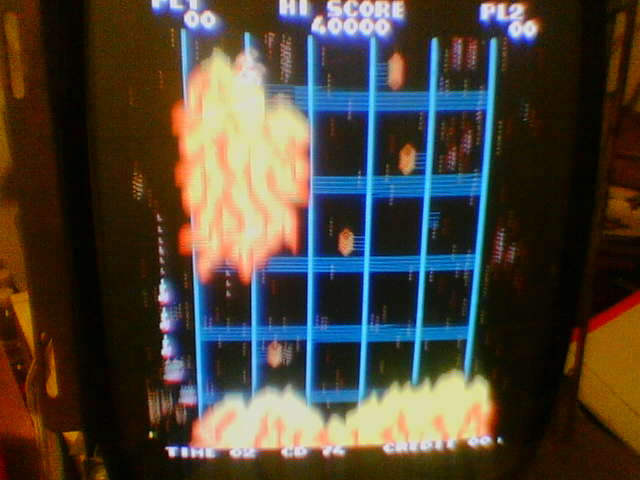 The copyright displayed is Nuova Videotron 1983, I don’t recognize it, or the hardware profile, so I guess for now all I can do is attempt to emulate it under the assumption that it is a unique game. It’s times like this having a proper MAWS like site with genre search would be handy! 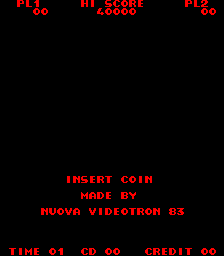 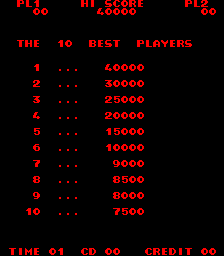 *edit* etabeta posted a link to the correct search terms on the ProgettoEMMA site, and after going through all the 80s shooters there it really seems like an original release, so I’m a little confused as to why the original readme called it a Star Jacker clone ;-) 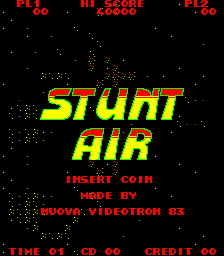 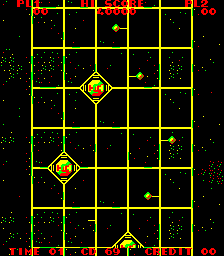 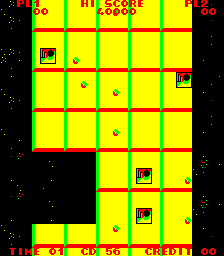 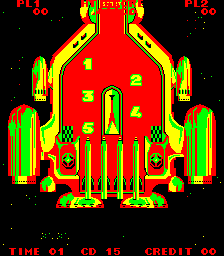 I’ve added background scrolling, and sprites. The hardware can actually only reference 0x40 sprite tiles, so there are 2 bank registers to access everything, used for the space station graphic and a few others. Nothing too complex about this, although sometimes they do flicker / show bad graphics, might just be how the game is. I’ve also hooked up the inputs and dipswitches (which are read in a slightly scrambled order)

The programming seems a little rough, and some of the terminology rough ‘TIME’ actually means stage, and CD is the amount of the stage remaining.. It also becomes more obvious why the dumper claimed it is a clone of Star Jacker at this point, not because it is, but because it has a similar ‘trailing ships = lives’ mechanic. 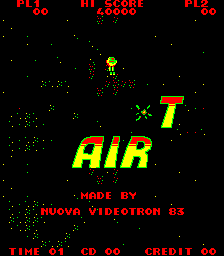 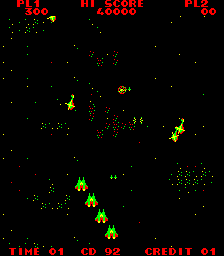 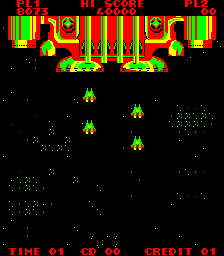 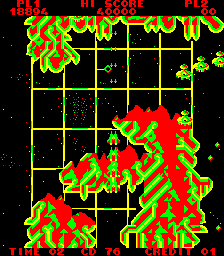 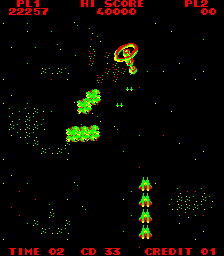 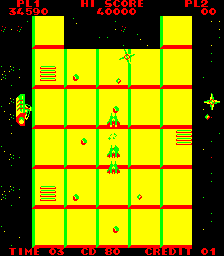 Haven’t figured out the colours yet, as you can see, maybe it’s just the proms, also sound needs doing, and some of that might be beyond my ability (readme mentions discrete sound hardware in addition to the AYs, so unless it’s just filtering that could be nasty)

thanks, would really help if that site was english by default given that MAWS doesn’t look like it will ever be making a return.

at this point I’ll conclude the game is original, I wonder why the dumpers said it was a clone ;-)

It’s doubtful that there’s any relation to Orca / Thunderbolt’s ‘Espial’, but the look of both the graphics and text are somewhat reminiscient of it. From just looking at the screenshots it’s clear that it’s not on that hardware, but the general feel is very similar.

yeah, I get the feeling it was possibly influenced by some of that hardware at least.

this is older and more basic than Star Force :-)

“this is older and more basic than Star Force :-)”