There have been a large number of changes and additions over this period, many worthwhile, but unfortunately some regressions remain, of note the DCS sound issues haven’t been 100% fixed so the 3D Gauntlet games and Vapor TRX currently don’t run as they should. For details on what has changed over the course of the cycle you should check the write-ups for the previous ‘ex’ build updates. The official whatsnew texts (MAME, MESS) also provide full details.

Robbert has continued with the emulation of the video portion of some of the hybrid video/pinball games starting with one of the better known ones, Granny and the Gators. This is another Bally one, like Baby Pacman and runs on similar hardware but with doubled up video chips for better video capabilities. Again you start play on the video part and enter the pinball part by hitting one of the exits at the side of the playfield. The pinball part isn’t emulated as a playable pinball machine, but you can mash the various target / exit ramp inputs to score points and return to the video portion of the game. 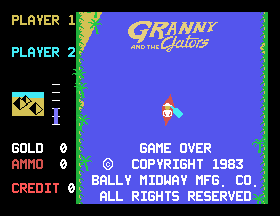 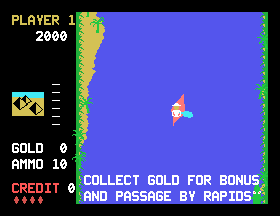 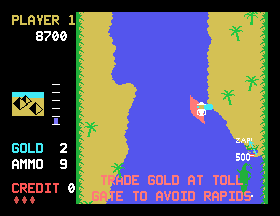 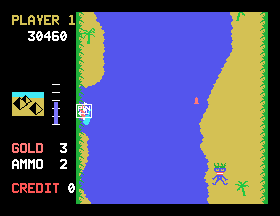 He also looked at the less well known ‘Mr. Game’ pinballs, two sets boot up, ‘Motor Show’ and ‘Dakar’. There is another game in the driver ‘Mac Attack’ but the dumps are bad/incomplete. A 4th game ‘World Cup 90’ runs on slightly different hardware and shows nothing as of yet. The procedure to get these to accept coins at the moment is non trivial. 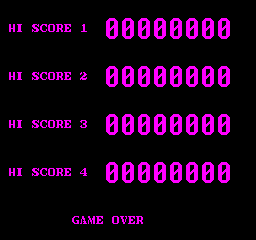 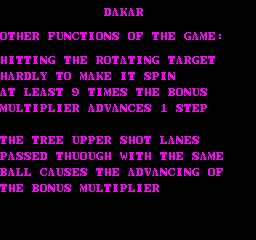 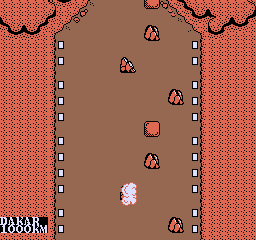 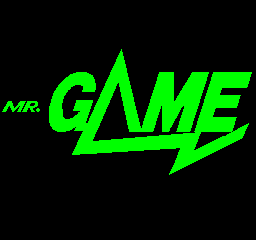 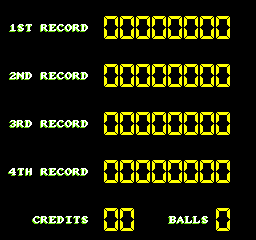 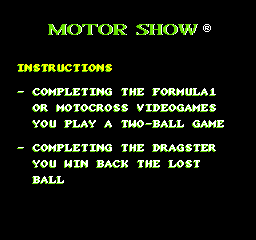 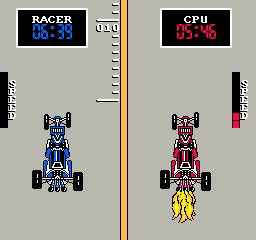 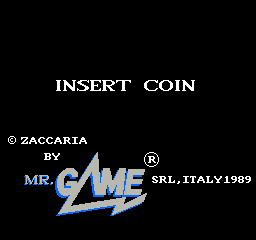 Olivier has also been working on Pinball systems, in his case the Williams DCS based ones.

The Rolling Crush and Center Court progress covered here already is included so both of those are fully working.

A potentially important stability fix for the cheat engine was also submitted in the brief period since ex6, it might stop some of the crash-on-startup issues some people have been seeing with cheats enabled. Also some important fixes for the Lua integration (which saw a rewrite earlier in the cycle) went in, so if you use the ‘autoboot’ functionality it’s important you use this build and not ex6.

Awesome, thank you.
Question. Is there a way to add a “system type” tag (or another name tag) in the -listxml output so we can know what game is arcade, what game is console or computer ?
If not possible, no worries. UME support in Emu Loader is growing :)

I remember you added a tag in games so UME can use config files “arcade.ini” / “console.ini”…

Thanks again for your great work with UME.

Thank you, Haze!
I aways thought that UME have to be the main project nowdays!
But step-by-step it will become a reality :)

That would also be useful for frontends like QMC2, which mix all the games and hardware into one big list without the possibility of rearranging them.

Oops, I meant they mix the arcade games only (console and computer games are separated into their own gamelists), but this also makes things kind of inconsistent…

Don’t use a crappy frontend that can’t handle it, then?

I might look at this eventually, there’s no real reason to not expose that information as it’s recognized at source level, although I have a feeling somewhere down the line things might change further; for example a printer really should be runnable as both a centronics device, and as a standalone driver (some have test modes etc. when not connected to a machine) so we’ll probably end up with ‘runnable’ devices too IMHO. (that then gets even more confusing, because MAME needs all the centronics stuff for some systems, because some offer printing services for the diagnostics info, but MAME would also then get the printers as runnable devices and I can see some devs kicking up a fuss about that if there is still so much resistance against merging)

sounds like there are some memory leaks in there then.

emulation of the actual systems is definitely improving to the point where maybe somebody could hack up a build to act as a drop-in PinMAME replacement for some of them, although there is a long way to go.

Of the 5Gb of new roms recognized in 0.154 (compared to 0.153) most of them are Pinball sets for more recent model pinballs, although I don’t think much has been done for the actual emulation of them.

Yes they do. I saw a few games working, but without the Artworks, we can´t able to play anything at all.

Crashes on Fire Fox and Cube World on the SDLMAME 0.154. Keep on saying it missing CHD. Loaded fine on the MAME 0.154 build. Weird. :D

Someone gotta check on these laser games.

Just keep in mind I consider the SDL stuff on Windows to be more experimental than anything else, I’m providing them because some interest was shown in them being available. The regular Windows versions are still your best bet for 99% of Windows use cases.

I don’t really think it’s as inconsistent as it first seems.

If you take the approach that MAME/MESS/UME emulates machines as the end user would see them, exposing slots that would be exposed to the end user etc. then most arcade machines are just single ‘black box’ units you’d walk up to and play, while many of the home systems are designed to have things plugged in / pulled out (software lsits, devices)

In cases where arcade machines did have user facing removable devices (memory cards etc.) we end up supporting them the same way as such things are handled in MESS rather than the machine specific hacks we used to have.

For the cases where arcade boards are very console-like we can make software lists available there too as an option, as you see for NeoGeo (it allows us to do neat things like the 6-slot support too)

For single-game ‘TV-GAMES’ MESS acts very much like MAME. Things like ‘batmantv’ and ‘walle’ operate as standalone games just like any arcade game in MAME because they have no removable media, they simply plug into a TV so there are no software lists, the machine is the game, just like an arcade unit. A number of the NES multi-games should probably end up being handled like this too, because they were single units rather than carts – if we start emulating the ones that break the standard NES PPU rules this will become even more important because those wouldn’t even run on a NES. Radica (Genesis) I believe should also be a standalone unit rather than a cart.

@ICEknight: The XML also doesn’t contain any info about what “category” a system is of… and the “parent/clone hierarchy view” just is what its name suggests :).

Anyway, that’s why we maintain a “category.ini” file for MESS sets and support “catver.ini” for MAME sets. Both can be used together / merged in case of UME.

Yeah, that would be useful for some of the user requests that reach me but can’t fulfill right now… it would also allow for much cleaner code in places where I found workarounds.

I. e. in case of UME you can merge MESS “sysinfo.dat” and MAME “history.dat” in QMC2, but because both files use different formats the source data has to be parsed/rendered differently as well. We solved this by keeping track where the source data came from, but that’s not considered “clean” because the only *valid* source of information is (should be) the emulator itself. Trusting a dat-info source that’s maintained externally (= not part of the MAME-dev team) is “not perfect” to say the least.

PS: I made an exception of the “the emulator is the only valid source of information” rule in the history.dat/sysinfo.dat case because the format is obviously defined by the dat-info source itself. However, having that additional info in the XML would allow for validation of the dat-info source, and in case of any overlaps could be used to decide for the correct source of info.

I missed them, what pinball models?

if you mean the new additions then most of the roms are for sam.c
e.g “World Poker Tour”
https://www.youtube.com/watch?v=JeXZOQwc840
multiple revisions, different sets for each language, lots of samples.. they’re rather large. I believe it’s still a skeleton driver tho.

or if you mean ones that are practically working, but need artworks then obviously there’s the baby pacman / granny & the gators stuff robbert has been working on recently, and before that barry was making great strides with many of the Data East ones last year, we have a lot of Pinballs that will run through their entire DMD / alpha attract modes.

http://allincolorforaquarter.blogspot.it/2012/10/video-gamepinball-combinations.html — nice article about Video Game/Pinball hybrids, if someone wants to read more :)

why my save of gameboy dont work anymore since ume152ex3??