I haven’t had time to look at refactoring the MAME rom filenames to be built from separate label and location fields, but feel it’s about time to release an update anyway as things like the NMK004 sound emulation and Raiden 2 progress represent interesting and significant progress.

A number of sites have been posting ‘0.155’ builds, they are fake, there is no scheduled release date for MAME 0.155 yet, none of the final preparation that happens before a new release has been initiated yet.

Other Binaries (if you don’t know what these are you don’t need them)
MAME/MESS split 0.154ex2 Windows binaries – 32-bit, 64-bit and all tools

I feel the most significant news relating to this update is the progress with the NMK004 sound emulation, bringing the sound from imperfectly simulated using HLE code to practically perfect. Others might argue the recent progress in Raiden 2 / DX is more significant. That is also big news, furthering the understanding of the protection systems used on that game greatly, and it is, for all intents now playable, but without further testing the confidence level isn’t that high; several of the changes that were subsequently ported to the 68k based games (Legionnaire, Heated Barrel etc.) actually caused them to regress slightly, and Zero Team (V30 based) still has significant issues too, all clear indications that there is still a lot to understand with the COP protection.

I’ve seen the question asked in a number of places ‘does this also improve the Raiden 2 / DX NEW version’ and the answer to that is no, that game (it’s a 2-in-1) uses an evolution of the protection, and handles a lot of the basic protection setup in a different way. Rom banking still isn’t handled there, so they continue to crash like they always have. Even if we get them working they’re actually inferior versions because the sound system is replaced with bootleg quality sound. As a side note, if anybody has a ‘Raiden 2 2000’ or ‘Raiden DX 2000’ board it would be nice if you could send it for dumping, they’re probably the same thing as the ‘New’ versions but with a different title (so same poor quality sound etc.) but so far they’ve eluded us.

(I also added CHD entries for the Playstation Raiden Project and Raiden DX to the Playstation list, for reference. If you’re wondering why they weren’t already there it’s because many of the lists for CD / Tape / Disk based systems are just built on an ‘as-needed’ basis, or from obscure sourced material that isn’t already listed elsewhere – they’ll mature with time)

Speaking of Raiden II, while it’s true that Seibu games have an awful lot of code revisions, and it’s not always obvious what the difference is between them unless they’re clearly designated ‘OLD’ and ‘NEW’ versions there are two very obviously different versions of Raiden 2 that have been documented for a while. First of all there is the regular Raiden II game, this has a sepia high score table in the attract mode. 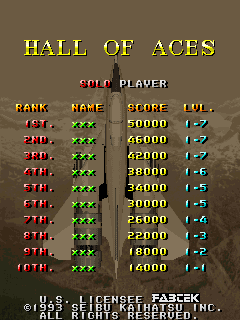 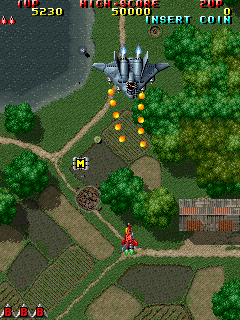 In addition to this version there is one dubbed ‘Easy version’ by many fans of the series. It can be identified by a coloured fighter on a black background behind the high score table instead of the usual picture. It’s not a simple difficulty rebalance either, some enemies have been moved about, as you can see from the 2nd screenshot comparing with the one above, the pictured enemy simply doesn’t appear in the first level with the regular version of the game. 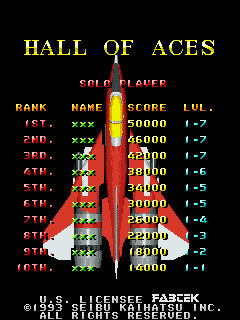 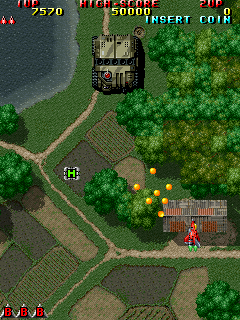 Some of the 68k based COP games have improved tho, for example I fixed the scrolling on the Godzilla game, although the reason the glitching was so obvious is because of the absurd way in which the game tilemaps are programmed. Instead of using the full range of the scroll register the game only uses 4-bits, allowing for a scroll range of 0 to 15- pixels, after that point they re-upload the entire tilemap shifted by a tile, rather than just adding a new column to one side and using bigger scroll values, it’s an enormously inefficient way of doing things! The problem was (due to missing private buffer) DMA the sync between the scroll values and the re-uploaded tilemaps was wrong.

system11 dumped a Visco ‘Go-Stop’ board, this runs on Seta ST-0016 based hardware, it’s currently non-working because it needs some attention, but it looks like it will reveal a few more secrets of the ST-0016 to us, the backgrounds for example clearly need a bigger tile setting enabled. 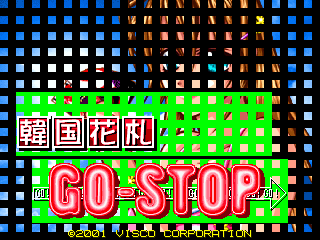 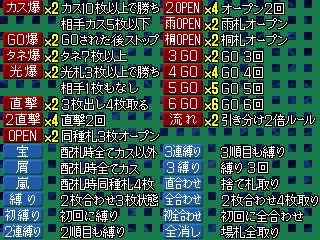 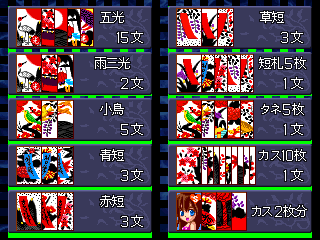 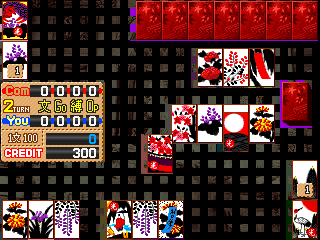 In Zero Team game is so hard to play with the player.
I can´t even punch the guy’s face right.

… and that is why it’s still marked as NOT WORKING and gives you a big red screen on start-up telling you that.

the COP emulation is still preliminary, and not yet trusted.

One I noticed as well was the sb16 work. That looked interesting as well as it is similar to the nmk004 work. Not quite as tough to get the data though.

fwiw, A7800 emulation supports now hi score cart, which is something new in emulation (I’m told that ProSystem emu needed hacked files to work with it, even if I haven’t investigated so that I could be wrong)

Okay and thank you.

Thank you for this update. Is SDL 2 already enabled in this build ?

These aren’t SDL builds, I haven’t messed with those yet, might do later.

0.155 it isn’t fake, it is only my numeration of devbuilds:P
Well, I see that I have to go back to the old notation (current_ver.X), since there are people who so much suggest a file name, completely without reading the description:P
Regards

Ah ok. I should have downloaded b4 asking…

is there any progress with the namco system 10 and gamshara particulary?

btw I won’t be offering SDL builds at this time
according to
http://www.mameworld.info/ubbthreads/showthreaded.php?Cat=&Number=331929

there are problems with it saving files, I assume due to the i/o changes that were made recently?

as for the Go- Stop, full title (including Kanji) is ‘Kankoku (Korea) Hanafuda Go- Stop’

oh by the way, MAME isn’t over until ‘Ping Pong King’ is emulated ..this is really fun game (kinda like Pong in 3D) that also needs some attention…

The Japanese made Kankoku Hanafuda Go-Stop really applied korean Go-Stop rules. But cards’ pics are just changed a little in Japanese one.

Anyway very interesting one, with a cute joker.