1945kIII is a game that was released by Oriental in 2000. It’s a surprisingly decent vertical shooter that clearly wanted to cash in on Psikyo’s popular Strikers 1945 series. 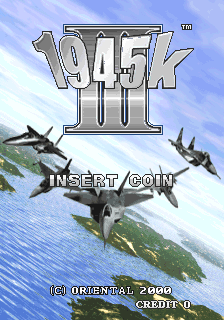 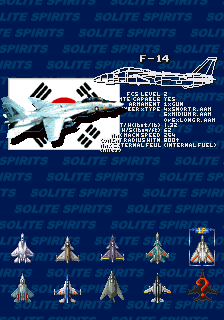 At least we thought it was released in 2000, a revision with a 1999 dated title screen showed up and was bought + dumped by system11 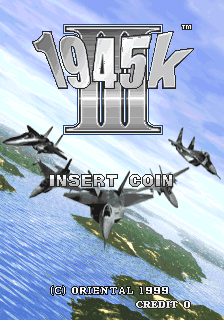 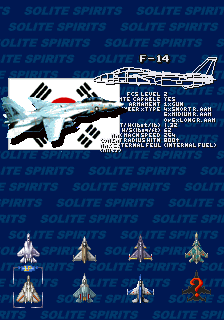 Now, the 2000 release does actually have 10 planes, there’s a special space ship that appears during the random selection in addition to the 9 planes you can select normally.

I thought maybe the 1999 version simply had more planes hidden with unlock codes, or behind the ? and to a point I was correct, one of the normally selectable planes in the 2000 version (Tornado) is in there along with the same secret ship as the 2000 version giving a total of 9 planes.

What isn’t there is the F-117A, and a quick look through the graphic roms shows that the graphics for it aren’t there either, so it really was added to the game between the two releases rather than being a secret. 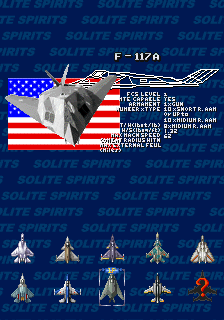 The PCB was different too, the 2000 version used an ‘OPCX2’ PCB, with SMT Flash Roms for the graphics, this 1999 release uses regular EPROMS.

A quick test of the old version shows some other differences, for example, pressing ‘Start 1’ on the title screen shows the bookkeeping information, a feature usually present on boards designed for the South American market (many CPS2 games will do this) 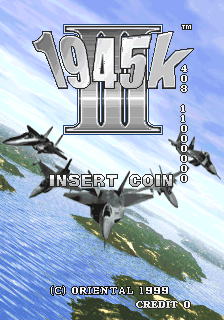 There are some changes to the HUD ingame too, the 2000 version has a little indicator to tell you, with ‘LV1’ ‘LV2’ etc. text the strength of your charge shot in addition to the energy bar. The 1999 version lacks that text, with only the energy bar present. 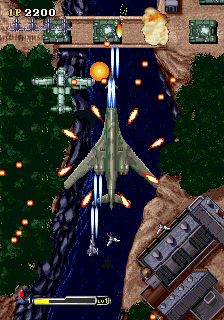 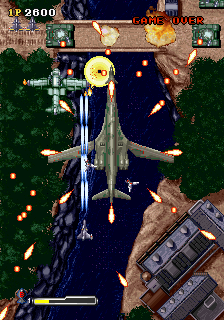 I don’t know if there are other changes affecting the balance of the game, and it might have been a little more of a significant find if the 2000 version had been discovered after the 1999 version, but it does mean we have to rewrite our history books a little to show that the game was released a year earlier than we thought. One question does remain tho, all the select screens show ‘Solite Spirits’ in the background, is that the original title of the game, and do any versions with that title exist?

Another interesting clone is a completely unprotected version of Gaelco’s Touch and Go. As I’ve mentioned before Gaelco’s games are notoriously well protected, so unprotected versions are often our only chance of seeing them emulated. This one was sourced in Korea, much like Glass, and looks to be a 100% genuine unprotected board that never had any of the protection hardware installed.

There are some sound emulation issues at the moment (and an issue with vertical scrolling, but I’m struggling to work out how you do the special moves that cause the screen to scroll vertically in the first place, I’ve only managed it once but need to figure out how it’s done in order to fix the scroll issue)

Otherwise, the game is fully playable, as you can see from the screenshots it’s a dual screen game. Thanks to system11 for picking this one up too.

System11 also dumped his Bestri board, which again had entirely different graphic roms, and weirdly different protection (the scroll ports are scrambled) I haven’t checked but my best guess is it will use different pictures between round, maybe one being an adult and the other being a clean version. If I work it out I’ll update this post.

On the plus-side regarding 1945kiii, at least no rom name changes are necessary :)

Yeah, I would be so devastated if clrmamepro auto-renamed one of my roms. Whole day would be ruined, totally ruined. :)

An interesting thing about this: Solite 2000 and 1945 III K (it seems the “K” comes after the “III”, officially?) were both submitted to the Korean Game Rating board on the exact same date, one by Oriental Soft itself, the other by a company named Koam (or something like that – name’s only in hangeul).

Even though the submissions were made in December 1999, both look to be dated 2000 on the sheets, so maybe the (c)1999 version was an earlier overseas only release.

Well the 1999 version did have a different PCB, which seems a minor evolution of the ’96 Flag Rally one (or maybe just the same PCB with different PALs – we didn’t get a picture of 96FR one tho AFAIK) The board code would suggest it was for Oriental (unless Oriental made Flag Rally?)

Could be the 1999 version is a prototype, although the ability to view the credit counters etc. makes me wonder if it was for South America, because that was apparently a legal requirement there.

Not sure how/why they put the K at the end tho, if you read the logo from front to back (standard way) the ‘k’ clearly belongs to the ‘1945’ line.