I looked into emulating it, and quickly found that most of the memory addresses being accessed by the 68k corresponded to those found on the Video System game Power Spikes, suggesting at very least that like most piece of Korean hardware it had been roughly cloned from something else.

Further work showed that this was actually one of those special Korean games where not only was the hardware cloned, but the entire game is actually a well disguised hack of the original title, in this case a hack of Power Spikes.

It’s not a straight graphic swap, the developer behind the hack actually attempted to turn what was a plain 2D game into a 2.5D game by adding vertical movement, otherwise it plays just like Power Spikes but with the players doing flips and backheels to hit the ball. Here are some comparison shots, note, the graphic priorities are currently incorrect. 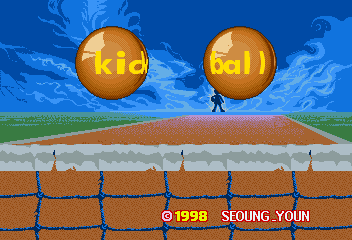 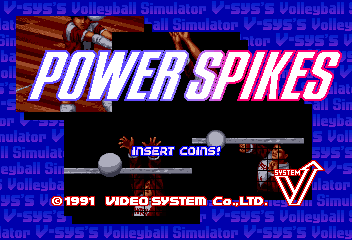 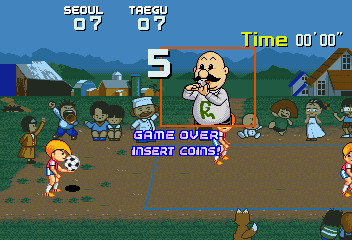 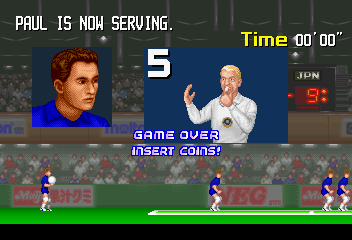 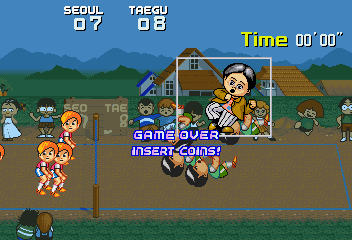 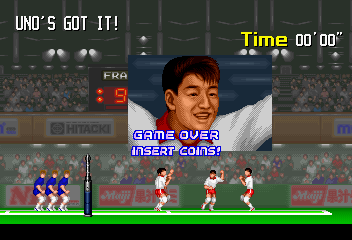 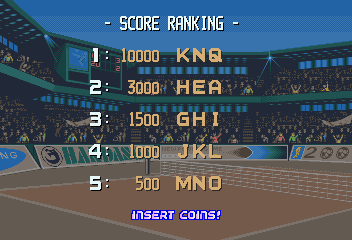 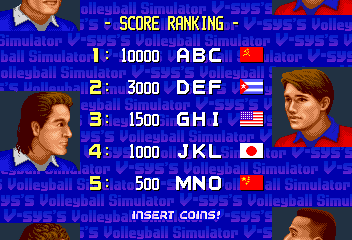 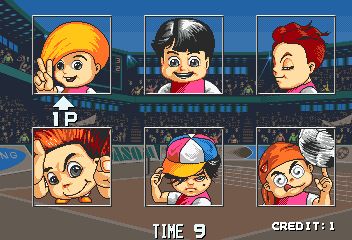 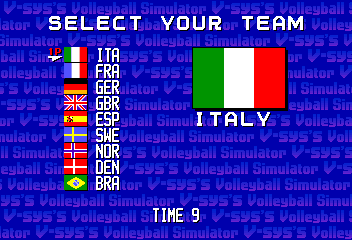 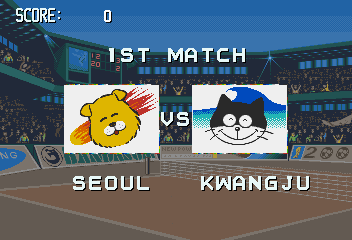 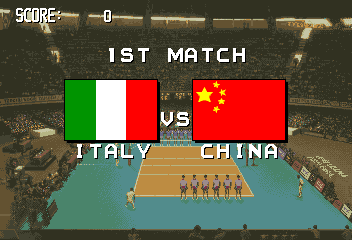 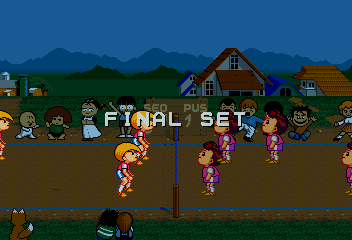 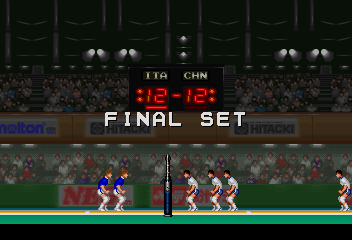 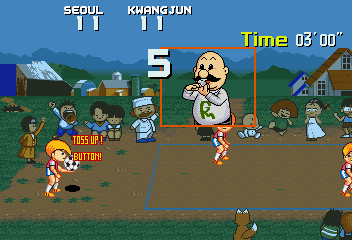 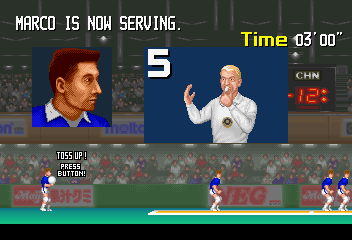 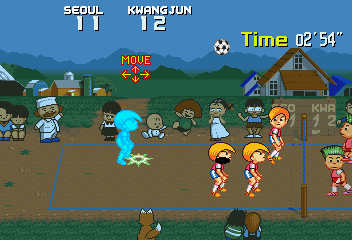 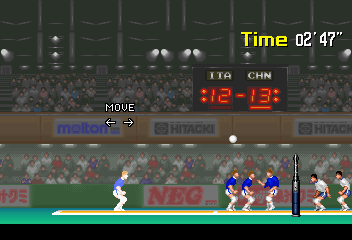 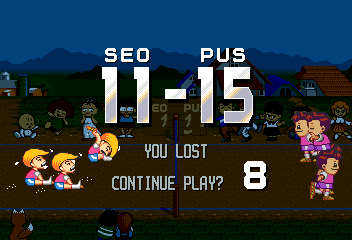 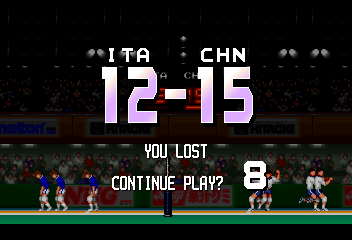 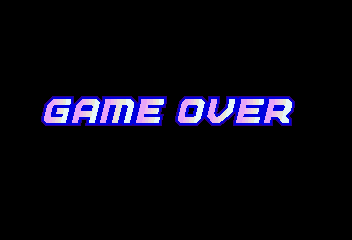 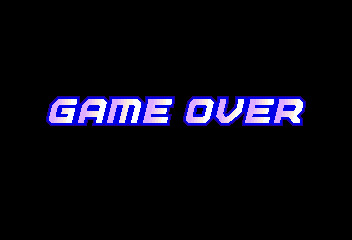 The similarities are obvious but the screenshots on the left, except for the titlescreen, immediately made me think of Super Dodgeball.