The first version of the original Guitar Super Star I picked up had a guitar that looked like this. The shape of this guitar is almost identical to the Guitar Fever, although the more triangular button shapes gave away that it was a Senario unit. 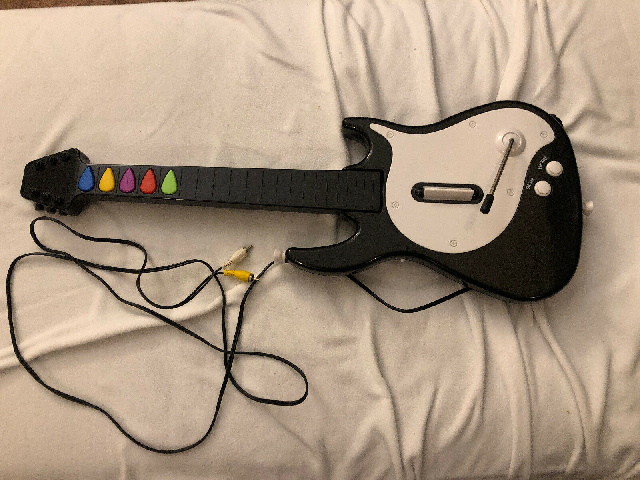 The more common version of the original Guitar Super Star looks like this. A red, triangular shaped unit. 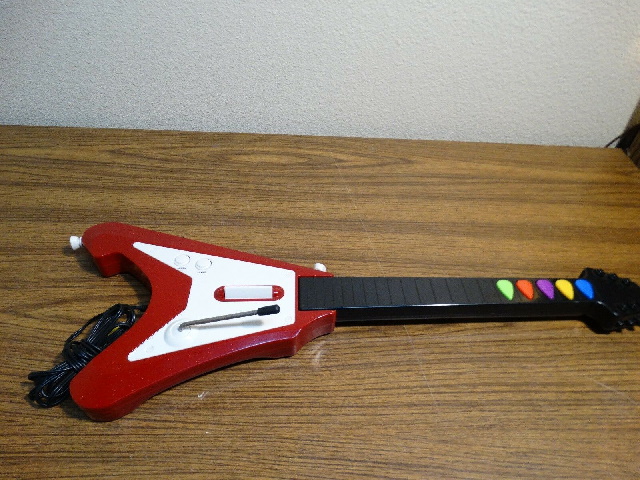 When the unit I picked up was dumped, I was quite surprised, it booted to a title screen which actually showed the black and white controller, matching the physical form of the Guitar in question. Videos of the unit I’d seen YouTube showed the red controller. At first I thought this must a bit in one of the ports determining which title screen to show, but after checking extensively I could find no such bit, leaving the only logical conclusion being the ROM must differ between the two units. 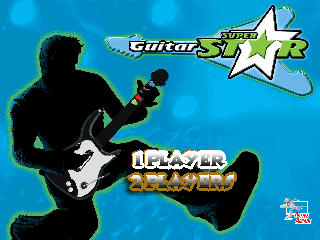 I picked up another unit, this time the red type, and Sean dumped the ROM from that. Maybe unsurprisingly at this point, it immediately booted to show the title screen with the red guitar, proving that this was indeed a difference in the software between the two units. 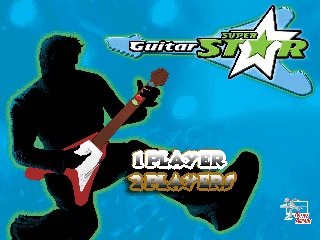 It’s a minor thing as the songs are the same, but documenting revisions is important, and this case interesting because of how the software was adapted to match the physical case of the unit; I’d previously expected to find such with some other units (for example the Zone 100 being black) only for the internal presentation to be too lazy to reflect those changes. (In that case it was more surprising as the Wireless 60 does have black in-game presentation of the unit)

As these were clearly built at different points in time, it might be worth digging a little deeper to find out if there are any other subtle changes between the code in the two units.

From the point of view of a gamer, this likely isn’t the most interesting update, but MAME exists to help document this type of thing, and for anybody studying the history of these things this provides an additional data point. It’s also satisfying on a personal level, because the title screen being different was bugging me immensely, so documenting that it used a different ROM has provided some closure.

Off topic :
Here is a link that can be helpful for your last addition concerning the background images in Goori Goori from Unico.
https://flyers.arcade-museum.com/?page=thumbs&db=videodb&id=5845
Regards and take care.