There was a mixed reception to the previous post about the new colours for Nemesis etc. They’re not going to be reverted (the new code IS more correct even if some people apparently don’t like it as much as the old hacks) but if you want to try them yourself here are some new binaries. I was going to post some at the time but ran out of time to do it.

As mentioned above the main reason you might want to give these a test-drive is the new code for the Nemesis colours, as covered below, however there are some other things worth talking about.

There have been a number of additional regression fixes etc. from the team submitted over the last week or so to combat issues caused by recent refactoring so these builds should be once again more stable than the last ones. Work has also continued on the MSX and Amiga driver reworking, check the change logs for details there.

One thing that seems to have slipped under the radar on all the MAME news sites is Any’s dumping / addition of the Konami game ‘Step Champ’ This, until now, was an unemulated Konami competitive Minigame collection with a step pad a little like the Dance games they made so popular (and no surprise one of the mini-games is a dance based one) 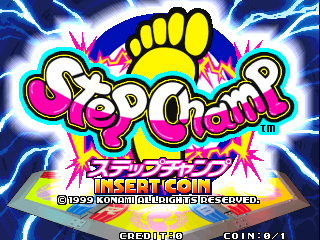 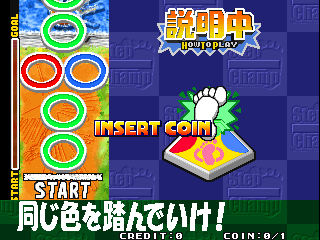 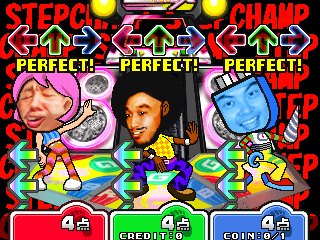 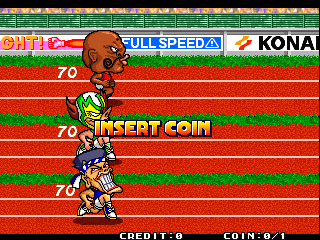 Skeleton drivers for some later Stern Pinball titles have also been added lately, along with set-syncing against PinMAME, probably not the most interesting piece of news, but a lot of people might wonder what the bulk of the new additions are, so worth mentioning.

additionally, I think pinballs in wpc_95.c have now proper DCS sound, thanks to OG

Thank you for ex4. I tested Nemesis and I don’t think the colors are too dark (just a little bit). If nothing else, it looks way better than it was b4.