Not All Clones are Identical

A lot of MAME users are quick to dismiss clones as insignificant, not worth even a passing glance, it’s a shame, because quite often there are real differences between them; sometimes the clones are actually superior versions of the game.

The recent Operation Wolf prototype post shows one example of where the discovery of a new clone is actually significant (at least until our emulation of the base sets is improved) but the last few days have actually seen a number of other interesting clones surface too.

First of all Chris (JunoMan) dumped his version of Android. 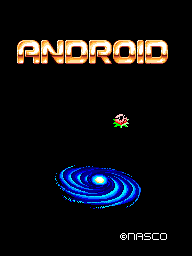 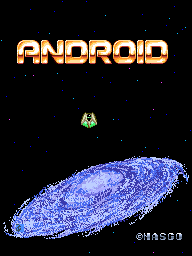 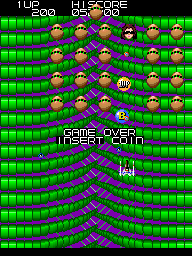 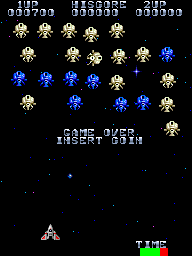 It does seem to be a newer version, all evidence still suggest that, it has a fully complete high-score table, many more functional dipswitches etc. but at the same time it doesn’t seem anywhere as good as the older version, in fact I haven’t even worked out a strategy for playing it. In the old version you would hit an enemy 3 times with 1 shot time then once with the 2nd to stop them respawning, in this version both shot types are the same and exactly what stops an enemy from respawning seems completely non-obvious. Furthermore, while it does have the ‘Spinning’ enemy (much less common) there are far less frames of animation for it, and the unique aspect of having to slow it down to attack it is gone altogether. I think this version tells the tale of how what was at one point a unique and interesting game lost it’s way, explaining why it was presumably cancelled in the end. (At least we’ve seen nothing to suggest it had any real / widespread release) I’ll do a more indepth coverage of this later, but both releases are so different it makes more sense to treat them as different games rather than clones from a players perspective.

The Japanese version of Beast Busters was also dumped by ShouTime (and a number of bugs fixed in the driver thanks to dink from the FBA team) Aside from being in Japanese this version is a 2 player version whereas the others are 3 player games, this probably means the game balance is changed in places too (although I haven’t confirmed that) 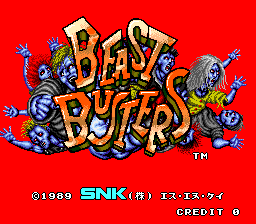 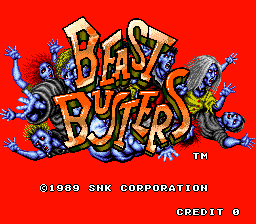 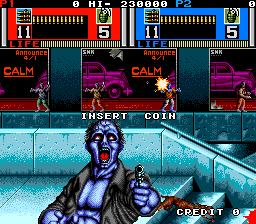 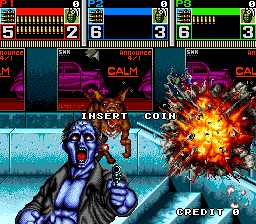 Potentially very interesting too is a new dump of Atomic Robo-Kid. All versions of the game in MAME displayed a ‘Type-2’ message in the corner of the title screen but I never knew why. A new dump showed up where this message isn’t present, also, unlike all the other dumps this version doesn’t share the same data roms meaning there are definitely some changes in the game data (so potentially things like modified enemy spawns / level layouts etc.) I’m not really familiar enough with the game to do a comparison, but if it’s a title you’re a fan of it might be worth digging into this clone a little more as UPL clearly felt the need to indicate ‘Type-2’ in the later versions. 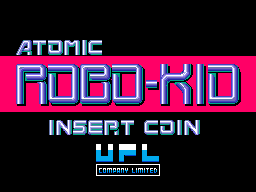 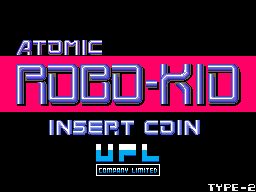 Graphic mods are maybe a bit less interesting, but a version of Moon Alien in which the aliens appear as planes was dumped and it’s called Kamikaze. Oddly this has some of the messiest dipswitches settings I’ve ever seen with most of the original ones wiped out and replaced with a ton of coinage options nobody would ever really want to use. The original coinage dips now control the bonus ship awards yet if set to 70000pts the game still shows the Free Play text on screen despite the fact that Free Play is no longer controlled by that dipswitch; it looks like whoever modded the game forgot to prevent that!

There’s some history behind the company that produced this hack, advertising their products as legitimate new games etc. back in the day only to be caught out. Actually the whole history of these ‘Moon Alien’ sets is a bit of a mystery in the first place, so many sets adding the Moon Alien / Moon Alien Pt.2 type features, but so many different little hacks it’s difficult to know which, if any, are actually legitimate sets.

So yeah, those are some of the clone additions of the last few days to watch out for in 0.173.

That happens very often, not just sometimes.
More dramatic than that is how often dumbed down US/World revisions are set as being parent when the real original and very often superior version is the JP region one.
MAME do lots of things right, more an more actually, but that rom order convention since it’s been put in place has been one of the wrong, wrongest changes ever IMO.
I hope one day it will be reverted back to the old order, or that at least some option/feature will come to correct that injustice to the games.

Great article! I remember playing a Karate Champ clone (or maybe a bootleg) where the little girl says a different thing to you after you win a fight. Instead of “My Hero”, she says something completely different, the dialogue baloon is much larger and I think she says something nasty. I would love to see that again, unfortunately, finding one of these boards here is very difficult so I’m not seeing it happening in a near future. Keep entertaining us with these great posts Haze!

Dink rules! (And thanks as always for the writeup Haze.) :)

I was always interested in this too, it seems like some of these changes aren’t documented very well, unfortunately.

One other example is Fly Boy (Kaneko), released in the US as Fast Freddie (Atari). Atari put a LOT of work into making this game more fun and fast paced.

People shall just acknowledge that the “parent/clone” definition is nothing more than a commodity to reduce disk space and by no means it suggests a judgement on the value of a revision over another.

it’s a way of expressing that things are closely related, it’s also invaluable during development, so no it’s not just about ‘saving disk space’

but no ‘parent’ shouldn’t hold any more meaning than ‘clone’ in terms of quality / interest / relevance. It’s just a way of grouping things.

Yeah, speaking of clones I’m surprised it hasn’t been found yet, or it’s an emulation bug. But Robocop has a version where you can accidentally kill the hostage, I remember playing it as well. If you did not duck and shoot low to save the hostage, the hostage would die, the screen would shake and Robocop would cover his face with his hands and you’d lose about 50% of you energy. I have not seen any of the versions on MAME do this yet, so I either chalk it up to a YET undumped version or an emulation error. Also I guess it hasn’t been officially fixed yet, but the sounds do still seem off on Robocop, especially in the bonus scenes, the lock on sound just doesn’t seem right, but I am getting off track. :D Still it is amazing to seem how some clones change the games on different region settings, and I do agree that most of the Japanese versions of the game are vastly superior to their other region counterparts.

Makes me think of other ways to save disk space.
For instance a maker shipping the same version of Windows for very different PC based arcade games. Seems there could be GBs to save there. Don’t know how common such situations are though…

@Haze: c’mon the oversimplification was aimed to dissipate the weird idea that parent/clones are there to create a fixed hierarchy between the different revisions of games…
it shall be obvious that it’s not introduced arbitrarily and that it represents a common root for the various versions, but IMHO it would be important to stress the fact that people shall not read too much into it. ;)

When I had FAR MUCH MORE time, I’ve tried to spot the differences in some arcade games by looking at their CPU (mainly Z80) code, but it’s a VERY LONG task as it’s sometimes something you don’t easily see (eg: bonus lives ingame bug for 1942, thus the multiple revisions) … If people are interested, they might start to have a look at the source files where some games (software) are as documented as hardware (eg: Arkanoid ou Moon Cresta), even if new clones haven’t been looked at …

@Haze : there shall be a “spam” in your mailbox where I asked to send me both Android DASM files so I could check them …

I think you are right about Robocop – I remember that too. Killing hostages was painful to my limited quarters!